What does lechuza mean?

Lechuza refers to a witch that turns into an owl in Mexican and Mexican-American folklore.

Where does lechuza come from? 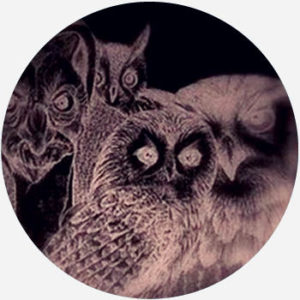 Lechuza—a Spanish word for a type of owl, especially the barn owl—is a myth popular throughout northern Mexico and Texas. As the story goes, an old woman shape-shifts into a giant owl, La Lechuza, to take revenge on people who wronged her during her life. Sometimes the owl is variously depicted as black or white and sometimes with the head of the old woman.

Exactly what the lechuza does to exact revenge varies widely across tellings of the story, though most reference the lechuza carrying away unsuspecting prey to her lair. She lures her targets, often children or drunk people, out of houses by crying like a baby or by swooping down on cars late at night. Various methods are claimed to protect against the lechuza: tying seven knots in a rope and hanging it by the front door, throwing salt and chili powder into the bird’s face, shooting the bird, or reciting the Magnificat, a Christian prayer to the Virgin Mary.

Stories of the lechuza are thought to have been around since the Spanish colonized Mexico. The exact origin of the lechuza legend is unknown, though it is possible that an actual giant owl was the inspiration for the story. Giant birds have been reported in the area, and legends from Native American tribes north of Texas also incorporate giant birds (e.g., thunderbirds).

Fearers of the lechuza have taken action against actual owls. In August 2014, a video of Mexican villagers interrogating and burning an owl alive went viral. The villagers said the owl was really a lechuza and its screams as it was being burned were the witch screaming. Some social media users condemned the incident as superstition gone wrong, leading to animal cruelty.

“May La Lechuza find him and keep him. ”
Kristin Bonilla @kbonilla Twitter (May 5, 2017)
“I wish I could turn into a lechuza and haunt my mom's enemies for Mother's Day but ig I'll write another letter.”
Kayla Padilla @KaylaAnnPadilla Twitter (May 12, 2017)
“Can you imagine how terrifying that was for us kids? We kept thinking the Lechuza was waiting for us to go to sleep and then sneak in and suck out our blood!”
Lupe Mirelez, Of Moments and Miracles: A Collection of Ordinary People's Extraordinary Stories (2010)
SEE MORE EXAMPLES

Thanks to the myth, the Spanish word lechuza can also double as a term for a “witch.” The creature is sometimes referred to as instance of a lechuza or an appearance of the Lechuza (la Lechuza).

As with many other cautionary folk tales and legends, some grandparents and parents tell the lechuza tale to children to keep them in the house at night. The lechuza is also referenced in some Mexican-based popular culture, including song titles. It’s not to be confused with the brand name of a self-watering plant.

This is not meant to be a formal definition of lechuza like most terms we define on Dictionary.com, but is rather an informal word summary that hopefully touches upon the key aspects of the meaning and usage of lechuza that will help our users expand their word mastery.