What does Mrs. Robinson mean?

Mrs. Robinson is a term used to describe an older woman pursuing someone younger than herself, in reference to the character from the 1967 movie The Graduate.

Where does Mrs. Robinson come from? 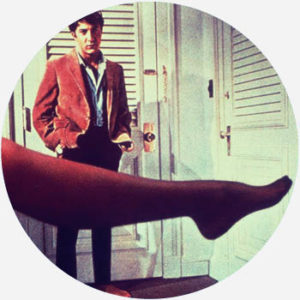 “Mrs. Robinson” is the name of a song written by Simon and Garfunkel and adapted for Mike Nichols’s 1967 film The Graduate. The popular folk duo originally intended to call the song “Mrs. Roosevelt,” but when Nichols asked the duo to contribute music for the film and revealed there was a major character called Mrs. Robinson, the title was changed.

In the movie, Mrs. Robinson is an older woman who becomes involved with Benjamin Braddock, a recent college graduate and the protagonist of The Graduate. At Ben’s welcome-home party following his college graduation, he awkwardly encounters Mrs. Robinson in his bedroom, and she later convinces him to give her a ride home. Although Ben is clearly uncomfortable being alone with Mrs. Robinson in the house she shares with her husband, she coyly brings him upstairs under the guise of seeing her daughter’s room where she suddenly propositions him, making her desires and availability known.

The two eventually begin a clumsy affair, spending nights at a hotel together, until Ben finally succumbs to the pressure of his parents and Mr. Robinson to take Elaine Robinson, daughter of Mrs. Robinson, out on a date. Ben and Elaine hit it off and are clearly at ease with one another, being much closer in age, but Mrs. Robinson threatens to reveal their affair to Elaine unless he breaks off the relationship. In an effort to redeem himself with Elaine, Ben attempts to be open with her about his previous rendezvous with her mother, but she rejects him after hearing Mrs. Robinson tell her side of the story, claiming Ben raped her while she was drunk, knowing that no one will believe she actually played a more predatory role in their affair.

Mrs. Robinson is often perceived as the antagonist in Ben’s narrative, but throughout the movie, audiences see her more as an anti-hero of sorts. She reveals to Ben that she feels neglected by her husband, and only married him because she was pregnant with Elaine. She studied art in college and had many other interests in her youth aside from marriage and motherhood, but chose to accept the disruption of pregnancy as an excuse to enter into a marriage of security and wealth. Mrs. Robinson appears to regret this decision and the empty life she ended up with at many points, making her character complex and sympathetic.

A number of references to Mrs. Robinson and her affair with a younger man have appeared in pop culture since The Graduate’s release in 1967. In the Fifty Shades of Grey books by E.L. James, there is a character nicknamed Mrs. Robinson after the character from The Graduate. There is also a dating website called Date Mrs. Robinson, marketed as “the exclusive meeting place for experienced single women and attractive younger men.” The slogan is “Graduate from girls to women,” referencing the website name’s origin.

“The 20-somethings don't like it when you ask if they need a note for school . #mrsrobinson #cougarinc #someonecallCPS #silverfox #youscary”
@thepissedkitty Twitter (March 7, 2017)
“‘Sorry, but I’m not interested in fulfilling some Mrs. Robinson fantasy,’ I’ll say. ‘I have nephews your age.’”
Diane Mapes, “Not your Mrs. Robinson fantasy: The brutal truth of dating after 50,” NBC News (August 5, 2014)
“The term cougar raises hackles among women who say the image of a wild animal, however sleek and beautiful, prowling for victims — or an army of Mrs. Robinsons on the march for men young enough to be their sons — is demeaning.”
Sarah Kershaw, “Rethinking the Older Woman-Younger Man Relationship,” The New York Times (October 14, 2009)
SEE MORE EXAMPLES

Mrs. Robinson can be used as a noun or an adjective to describe an older woman pursuing the romantic or sexual attention of younger men; Mrs. Robinsoning is a verb form of this concept (i.e., to Mrs. Robinson someone is to seduce a younger man). The term is often used in the same way as others with similar meaning such as cougar or cradle robber.

This is not meant to be a formal definition of Mrs. Robinson like most terms we define on Dictionary.com, but is rather an informal word summary that hopefully touches upon the key aspects of the meaning and usage of Mrs. Robinson that will help our users expand their word mastery.