Sasuke is a Japanese name long associated with ninjas and popularly refers to a major character from the manga and anime series Naruto.

Where does Sasuke come from? 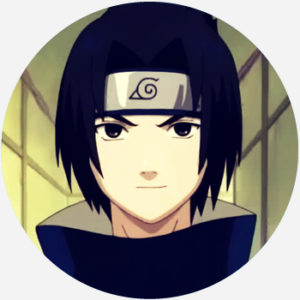 The massively popular manga series Naruto, centering on a teenaged ninja of the same name, ran for 72 volumes and sold more than 200 million copies. It was the first manga, notably, to make the USA Today bestseller list, and it spawned a popular anime adaption as well. Sasuke Uchiha, Naruto’s main rival, is one of its primary and most popular characters. Thanks to the number of fans of both the character and the series, Sasuke has become a popular synonym for “ninja.” The name Sasuke itself means “assistant” or “help” in Japanese.

Naruto’s Sasuke is one in the line of many notable fictional ninjas. Sarutobi Sasuke was a ninja from a series of novels published between 1911 and 1923. His stories may have been based on a real-life 19th century Japanese ninja called Kozuki Sasuke. These legendary ninjas, popular in anime and manga, appear to have inspired Naruto’s Sasuke.

“i think that, on some level, all of us are sasuke uchiha”
@heauchiha Twitter (April 9, 2017)
“Yes i got my hair cut so i could make sasuke hair.”
kaiatonic Deviantart (June 26, 2010)
“His team must be happy that they have a guy coming off the bench who can match up against Terrence Romeo, GlobalPort’s ankle-breaking, Sasuke Uchiha doppelgänger superstar.”
Ace Libre, “The Beermen are fired up, thanks to Mahindra,” CNN Philippines (August 3, 2016)
SEE MORE EXAMPLES

Sasuke Uchiha is known in the fandom for his spiky hair and brooding personality. Sasuke hair refers to hairstyles that, like the character’s, stand up in the back but fall over the face in the front.

Sasuke is also the name of a Japanese game show, called “Ninja Warrior” in the United States and other countries. The show follows 100 contestants through four rounds of intense, ninja-like athletic activity on obstacle courses. The show ran from 1997 to 2011, with a special extra season in 2012. The show’s name seems to nod to the long association of Sasuke with ninjas, with special homage to Sarutobi Sasuke.

Although Sasuke Uchiha is quite famous among English-speaking audiences, there are other Sasukes in Japanese pop culture. For instance, Michinoku Pro Wrestling contains a wrestler named The Great Sasuke.

While popular with many fans of Naruto, others intensely dislike Sasuke Uchiha’s personality, using his name as an insulting term for “emo.”

This is not meant to be a formal definition of Sasuke like most terms we define on Dictionary.com, but is rather an informal word summary that hopefully touches upon the key aspects of the meaning and usage of Sasuke that will help our users expand their word mastery.