Who are the skywalkers?

Skywalkers can refer to a family of characters from the Star Wars franchise, people (especially Mohawk peoples) who work in construction of bridges, towers, and skyscrapers, or people who climb tall structures for thrills or photography.

Where does skywalkers come from? 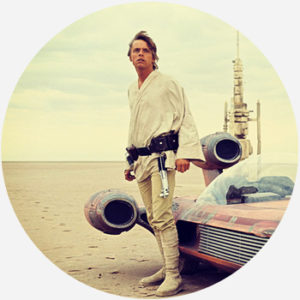 Star Wars creator George Lucas had initially named the character Luke Starkiller but changed it to Skywalker, as Starkiller brought to mind the still-raw murder of actress Sharon Tate (i.e., a star killing) by the Manson family in 1969.

However, the history of the term skywalker goes much farther back than Star Wars. An 1856 collection of Native American folklore, The Myth of Hiawatha, records an Ottawa story called “Onaiazo, the Sky-Walker.” The legend tells of a young man who literally walks into the sky and dwells there with spirits for a year. Although the Ottawa are Algonquin people, the term skywalker came to be applied to the Mohawks, who are Iriquois. In 1886, a number of Mohawk people worked on a railway bridge across the St. Lawrence river in Canada. Mohawk people went on to work in large numbers on bridges and buildings in Canada and New York. In the 1950s, 15% of New York City steelworkers were Mohawk, which dropped to 10% by 2012.

In 1987, Richard Hill wrote a book about Iroquois ironworkers titled Skywalkers. A 1989 art exhibit about Iriquois ironworkers borrowed the title. The term skywalker is still used to describe Mohawk ironworkers, but extended to other sky-high ironworkers as early as 1989. That year, a Sports Illustrated article described golfer and former construction worker Walt Zembriski, of Polish ancestry, as a skywalker. In the 2011, a group of Russian students gained notoriety for taking photographs and videos on the top or edge of tall buildings. A UK Metro article referred to the group as skywalkers. YouTube videos of similar exploits often have the term skywalking in the title.

In spite of an abundance of X-wings and TIE fighters, Star Wars is far less intergalactic war epic than it is space soap opera. It’s the Skywalker family show.
Ciara Wardlow, Film School Rejects, December 2017
As the self-styled ‘skywalkers’ approach three super-tall buildings in Pudong district underneath an overcast sky, one of them jokingly suggests, almost as an afterthought, “Hey, right now we need to think just how we’re going to climb this thing.”
RT, February 2014
All across the city, the steel skeletons of some of New York’s greatest landmarks — the Empire State Building, Rockefeller Center, the United Nations, the Chrysler Building, George Washington Bridge — have got the fingerprints and steel-toed boot prints of Mohawk “skywalkers” all over them.
Douglas Quan, Canada.com, August 2011
SEE MORE EXAMPLES

Skywalker is most extensively used in reference to the Skywalker family in Star Wars film, fiction, lore, and fandom. Fans will sometimes refer to behaving like Luke Skywalker as skywalking.

Mohawk ironworkers commonly call themselves, their descendants, and their forebears skywalkers.  The trade and activity of ironwork on skyscrapers, both in reference to Mohawks and in general, is sometimes referred to as skywalking.

People who climb towers for thrills (or art) also call themselves skywalkers, their activity skywalking.

This is not meant to be a formal definition of skywalkers like most terms we define on Dictionary.com, but is rather an informal word summary that hopefully touches upon the key aspects of the meaning and usage of skywalkers that will help our users expand their word mastery.