What does waifu mean?

Waifu is a term for a fictional character, usually in anime or related media, that someone has great, and sometimes romantic, affection for.

Where does waifu come from? 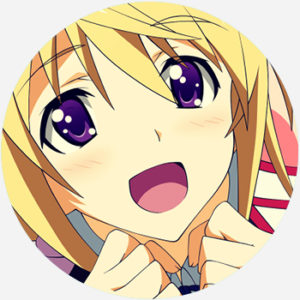 Waifu originates as a Japanese borrowing and rendering of the English word wife. Evidence for the term in Japanese dates back to at least the 1980s, when some younger Japanese people may have adopted wife as an alternative to the gender limitations implied by the traditional term, kanai, which literally means “inside the house.”

Waifu developed a more specialized meaning in English-speaking anime and manga culture, however, in the 2000s. In the 2002 anime Azumanga Daioh, some students find a photograph a teacher has dropped and ask who the woman in it is. The teacher replies “my wife” in English, which is often transcribed as mai waifu thanks to Japanese pronunciation and transliteration practices.

Anime fans began using waifu to refer to a character they were particularly fond of, one they viewed as being special to them. The earliest Urban Dictionary entry for this use of the word dates from 2007, and there’s evidence that the term dates back in its anime sense to at least 2006. It also spread outside the anime fandom, so that characters from video games or even live-action television shows can also be called waifu.

“2017 the year where it is impossible to keep the waifu list trimmed.”
Click Stick @Chillypunks Twitter (April 11, 2017)
“You all fail to understand that all these waifus and husbandos are too good for a troublemaker like you and you're lucky to even have Morgana to comfort you.”
Kthulhu Neogaf (April 1, 2017)
“In order to maximize the curtains’ waifu factor, each depicts the characters in a wedding gown.”
Casey Baseel, “Ready to tie the anime knot? Company offers marriage certificate for you and your 2D waifu,” RocketNews24 (Dec 20, 2014)
SEE MORE EXAMPLES

The male equivalent of waifu is husbando. However, this likely isn’t taken from an actual Japanese loanword, as the Japanese borrowing of husband is hazu.

In anime and related otaku culture, waifu can be used with varying levels of intensity and is subject to varying degrees of ridicule or criticism. Some fans might casually call their favorite female character in a game or anime their waifu. But others are more earnest about it, viewing their waifu as a part of their life. For these people, their feelings, even though they’re well aware the character is fictional, are serious. Body pillows, resin figures, and other merchandise are popular with those who feel this way about their favorite character.

A character who is intentionally created to be loveable, perfect, and generally attractive to the viewer can be referred to as waifu bait on the model of words like jailbait.

This is not meant to be a formal definition of waifu like most terms we define on Dictionary.com, but is rather an informal word summary that hopefully touches upon the key aspects of the meaning and usage of waifu that will help our users expand their word mastery.