What does foot fetish mean?

A foot fetish is a sexual attraction to feet, often including shoes.

Where does foot fetish come from? 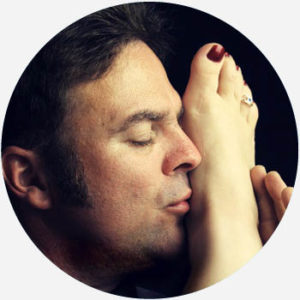 Before the word fetish had a sexual connotation, it was used to describe objects of religious importance. The anthropologist Charles de Brosses wrote “Du culte des dieux fétiches” (“On the Worship of Cult of the Fetish Gods”) in 1760, describing religious objects used by people in West Africa. De Brosses may have borrowed the term fétiche from Portuguese sailors who interacted with these peoples, as the word fetish comes from the Portuguese term feitiço meaning “charm, sorcery.”

The French psychologist Alfred Binet, better known for developing the first IQ test, studied sexual behavior and the veneration of inanimate objects into the sexual realm. He wrote about fetishism in 1887.

Over time, the phrase moved from clinical settings to the popular consciousness. By 1982, there was a shoe store in New York named Foot Fetish. Indeed, people who like to buy shoes for non-sexual reasons may joke about having a foot fetish.

In 1999, the neurologist Vilayanur Ramachandran found, while studying patients with phantom limb syndrome, that the parts of the brain that map to the genitals and the feet are near each other, providing a possible biological explanation for foot fetishism.

A 2007 study examined the membership size of online discussion groups to estimate the prevalence of various sexual fetishes. The study suggested that foot fetishes are the most common.

“A foot fetish account on insta just liked a picture of my foot tattoo from 2 years ago #blessed”
Heather Prinsen @heathergean17 Twitter (May 8, 2017)
“Let's be straight about this from the beginning—if you are going to place your worn, smelly shoes on eBay, chances are that two kinds of people will be looking at your listings—those with foot fetishes and those who want to see if they can sell their smelly shoes on eBay.”
Emma Drew, EmmaDrew.info (January 2, 2016)
“They have a full report from the roast, but in particular check out their transcription of Uma Thurman’s hilariously angry toast of Quentin, during which she took off her shoes (referencing his rumored foot fetish), filled them with wine, and then let him take a drink...”
Josh Tyler, “Uma Thurman Toasts Tarantino By Letting Him Drink Out Of Her Shoe,” CinemaBlend (December 2010)
SEE MORE EXAMPLES

Although the term fetish is used colloquially to describe any sexual attraction to an object or body part, the International Classification of Diseases only applies a psychological diagnosis of fetishism if fantasies “interfere with sexual intercourse and cause the individual distress.”

Foot fetishism is sometimes referred to as podophilia (“love of feet”) and its sexual attraction to feet can extend to footwear.

This is not meant to be a formal definition of foot fetish like most terms we define on Dictionary.com, but is rather an informal word summary that hopefully touches upon the key aspects of the meaning and usage of foot fetish that will help our users expand their word mastery.