What does gender fluid mean?

Gender-fluid refers to a nonbinary gender identity or gender expression that’s not fixed and is capable of changing over time.

Where does gender-fluid come from? 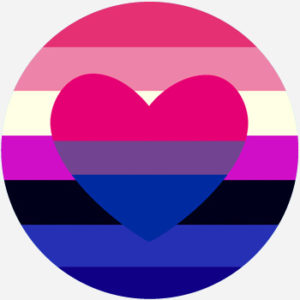 The term gender-fluid emerges in the 1980s, coming into use alongside somewhat adjacent terms: transgender evidenced in the 1970s, and genderqueer in the 1990s.

The term gender-fluid spread with the understanding that gender was not binary (only and always male or female) and not necessarily tied to physical sex characteristics. Philosopher Judith Butler helped advance this thinking and is often credited with popularizing the idea in 1980-90s that gender is socially constructed. Writers like Sandy Stone were also influential. In 1987, she penned The Empire Strikes Back: A Posttranssexual Manifesto, an essay discussing trans identity and the need for an assertion of such identities in a cisgender-centric world.

The mid-1990s into the early 2000s was when trans identities, like gender-fluid identities, were finding their footing. Online communities, because of their private yet communal nature, were safe places for LGBTQ people and are where many first encountered the word gender-fluid.

The late 2000s and the 2010s were when the term truly began to be noticed, venturing somewhat out of online forums, especially in academic literature. This was also the time when millennials, of whom 12% identify as non-cisgender, were beginning to come of age. By 2011, gender-fluid had 37,000 hits on Google. In 2018, this increased to a staggering 2.3 million.

Social media has begun to catch up with the changing understanding, and growing acceptance, of nonbinary gender. In 2014, Gender Fluid and genderfluid were added as gender options to Facebook and OKCupid, respectively.

A person isn’t considered gender-fluid just because they like to wear typically masculine clothing one day and feminine clothing the next day—that is considered a form of gender expression. To be gender-fluid is chiefly a question of internal personal identity, and is therefore a psychological phenomenon.

If you have a genderfluid girlfriend do you call them your gfgf? Your (gf)²? This is an important question.🤔🤔🤔
@theshenners, January, 2018
i just applied to be on a tv show about being queer/genderfluid and i'm so excited ?????? what if i'm the next Snooki of reality tv
@kylie_jenner, January, 2018
Had I seen people like me – or Ruby Rose, who appears in Orange Is The New Black and identifies as gender fluid – earlier in my life, I would have had context for my feelings.
Tyler Ford, The Guardian, August, 2015
SEE MORE EXAMPLES

Gender-fluid is a label of self-identification, and people who are gender-fluid may also identify as transgender or nonbinary or genderqueer.  A person’s gender can favor genders outside the binary too, like agender. Everyone’s experience with their own gender is unique, and because of this there are so many ways to be, and to express being, gender-fluid.

Some who identify as gender-fluid might experience gender dysphoria, which is a psychological feeling of discomfort based on people’s perception of their gender resulting from the misalignment between that and how they identify.

Some celebrities have even been known to identify as gender-fluid. For example, Ruby Rose in 2014 and Miley Cyrus in 2015 both claimed the term as an identity, stating that they don’t feel like either traditional gender. Loki, the shape-shifting anti-hero of the Marvel universe, will also be portrayed as gender-fluid in an upcoming series of 2019 novels.

People may also use gender-fluid somewhat erroneously to refer to something that can apply to either of the binary genders. For example, a color like yellow could be gender-fluid, since it doesn’t conflict with traditional gender stereotypes (e.g., blue for boys, pink for girls).

Gender-fluid people, unfortunately, are often the target of bigotry and transphobia, with objectors sometimes using gender-fluid as a slur. Gender-fluid is also the subject of some mockery given the range of terms for gender expression and identification that have become available since the 1970s.

This is not meant to be a formal definition of gender-fluid like most terms we define on Dictionary.com, but is rather an informal word summary that hopefully touches upon the key aspects of the meaning and usage of gender-fluid that will help our users expand their word mastery.