What does folx mean?

A variation on the word folks, folx is meant to be a gender-neutral way to refer to members of or signal identity in the LGBTQ community.

Where does folx come from?

While we can find folx as a general colloquial spelling of folks in the 1990s, the LGBTQ folx showed up in a blog post on queerbychoice.com in 2001. In the post, the author, Clare, uses the phrase queer folx to refer to herself and members of the LGBTQ community.

The x in folks not only represents the sound of the word’s plural, but it also uses the symbolism of letter X to represent “variable” or “other,” here the diverse and nonbinary identities in the LGBTQ community. The term Latinx (vs. the masculine Latino or feminine Latina) works similarly.

In 2014, a Tumblr post by Trans Folx Fighting Eating Disorders stated that they use the term in order to be inclusive of people with different gender identities. However, while use of folx is meant to be welcoming of all members of the LGBTQ community, a 2016 study done by linguist Levi C.R. Hord of the University of Western Ontario found that only a very small percentage of the community are familiar with the term.

Fontana and Rialto fires now? Fucking hell. / How many folx wanna bet this is a bunch of arson copycats?
@LaPecheRoyale, November 2018
...Seeing individuals who have made fun of marginalized folx, belittled them, who have been cruel, who put themselves above everyone else in this community, getting praised and being called "beacons of inclusivity". It makes me feel too many sad things.
@MystyVander, November 2018 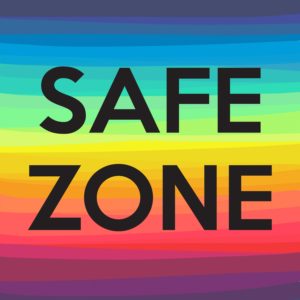 Folx is most commonly found on social media platforms and blogs. Sometimes the term is used as a collective way to refer to people in the LGBTQ community or a particular subsection of it, e.g., lesbian folx.

And this is one of many reasons why I seek out so many books by marginalized folx btw. A BIPOC heroine will always approach and experience power dynamics differently than a white heroine. A queer MC will have a different perspective than a non-queer MC. #RomBkLove

However, it’s also used to refer to all people while being inclusive of people in marginalized communities.

Apply to this!! I was able to get to GDC last year because of this scholarship and it had such a resounding impact on my career, allowing me to meet so many folx in person I wouldn't have been able to meet otherwise. And if you can, support @INeedDivGms' important work! https://t.co/TRtMsQeIiN

If your body positivity and body acceptance movement/content/photography/artwork/writing doesn't include fat and/or disabled folx, then it isn't positive or accepting. pic.twitter.com/PvOXMHHt2J

This is not meant to be a formal definition of folx like most terms we define on Dictionary.com, but is rather an informal word summary that hopefully touches upon the key aspects of the meaning and usage of folx that will help our users expand their word mastery.