What does safe space mean?

A safe space is a physical or metaphorical place for people, usually of marginalized identities, to feel free of judgment or harm.

Where does safe space come from? 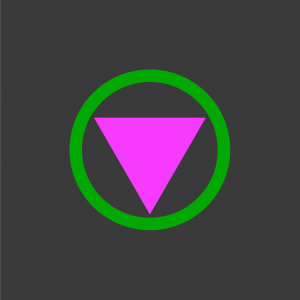 According to the 2001 book Mapping Gay L.A. by Moira Kenney, the term safe space can be traced back to the mid-1960s when it described gay and lesbian bars as places where allied people were able to gather free from attack. Though the LGBTQ community first used safe space, the term was soon adopted by the women’s movement in the 1960–70s, in reference to women coming together and occupying space in a communal and safe way.

In the early 1980s, safe space became increasingly used in educational institutions. Specific extracurricular groups at colleges or universities called themselves safe spaces and only permitted students who embodied certain traits (e.g., female students, students of color, students who identify as LGBT) to join. In 1987, author Anthony Fry called for safe spaces in broader professional and social organizations in his book  Safe Space: How to Survive in a Threatening World.

Today, most institutions of higher learning generally consider themselves to be safe spaces in a conceptual way, meaning they encourage students to freely share their thoughts and ideas without fear of harassment or persecution. This type of educational safety is widely practiced in American post-secondary institutions.

In the fall of 2014, students at Brown University created a literal safe space on campus when there was a debate about campus sexual assault. Thinking that fellow students might find the debate upsetting, student volunteers arranged a room filled with cookies, pillows, and puppy videos where students who felt triggered could find asylum. The Brown safe space room propelled forth the idea of safe space as a place of escape for people who didn’t want their feelings hurt.

In 2015, activist students across America began seeking safe spaces on their campuses as havens from any offensive speech that could possibly provoke anyone. At the same time, the concept of safe spaces were becoming an increasing topic of public debate, notably after Yale students clashed with faculty over culturally insensitive Halloween costumes.

Google Trends shows searches for the term safe space spiking during the 2016 presidential election amid clashes between Trump supporters and their opponents on campuses, at rallies and protests, and other public places. Perhaps ironically at some universities, some pro-Trump students, associated with a campaign and candidate known for bigoted speech and criticizing political correctness, called for their own safe spaces, claiming marginalization  from their more liberal peers. 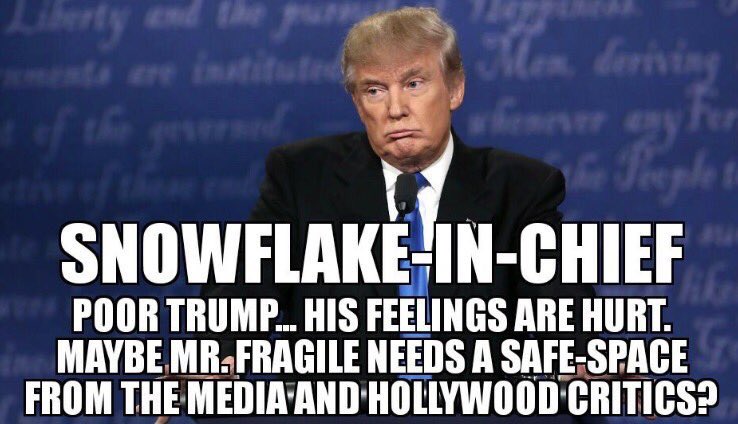 Grindr was a safe space for gay men. Its HIV status leak betrayed us.
Bryan Moylan, The Guardian (headline), April, 2018
Jesus never had a #safespace. Neither did MLK. Or Guru Nanak. Or Confucius. Or Mary Wollstonecraft. Or Gandhi. Man the hell up, snowflakes! 😀
@OneTongueJohnny, April, 2018
We also want to remind everyone #TEARtalk is a #SafeSPACE to discuss gender-based violence, healthy relationships, bullying, cyberviolence and trending topics in a safe, fun and engaging way for everyone!
@VSToronto, April, 2018
SEE MORE EXAMPLES

Educational institutions and some employers, such as Nokia, label their institutions as a safe space for their students or employees.

Other English-speaking countries outside of the US also have safe spaces. For instance, several Canadian universities have established “Positive Space Initiatives,” akin to the American safe space. In Australia, the Islamic Council of Victoria proposed funding that would allow Muslim students to gather in a safe space to discuss issues they are presently facing in Australian society.

Critics of the concept—notably a dean at the University of Chicago—contend that safe spaces are threats to the American constitutional right to freedom of speech. Because the term stemmed from traditionally liberal-leaning groups, the idea of a safe space in any context has been regarded as an idea concocted by politically correct liberal “snowflakes.”

In considering that a safe space can be any area—physical or conceptual—where like-minded people can bond and share their ideas without feeling as though they are being silenced or mocked, it is not surprising that there is confusion about the actual meaning of the term.

Related concepts and terms discussed in the context of safe spaces include trigger warnings, preferred pronoun usage, and gender-neutral bathrooms.

This is not meant to be a formal definition of safe space like most terms we define on Dictionary.com, but is rather an informal word summary that hopefully touches upon the key aspects of the meaning and usage of safe space that will help our users expand their word mastery.