What does snowflake mean?

No, we’re not ❄ walking in a winter wonderland ❄. Snowflake, here, is a political insult for someone who is perceived as too sensitive, often used for millennials and liberals.

Where does snowflake come from? 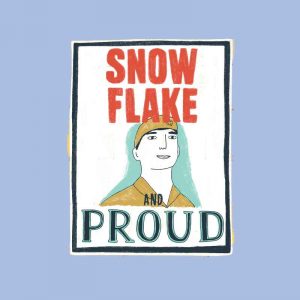 The contemporary insult snowflake was popularized by the 1996 novel and 1999 film adaptation Fight Club, which tells the story’s wannabe fighters: “You are not special. You are not a beautiful or unique snowflake.”

Fight Club’s snowflake, though, isn’t its earliest instance as an insult. During the Civil War in Missouri, pro-slavery advocates were called snowflakes for valuing white people over black people. (That’s a diss we can get behind.) Over a century later in the 1970s, black people who were seen as acting too white were mocked as snowflakes. The idea, here, is whiteness—like snow. Fight Club, nevertheless, did help to spread snowflake as a contemporary insult online in the 2000s to tease sheltered, helicopter-parented, everyone-gets-a-trophy young adults. The core metaphor is that such people are delicate like snowflakes, easily hurt by the hard realities of life, and think of themselves as special without realizing they are entitled and privileged— because every snowflake is different, as they say. 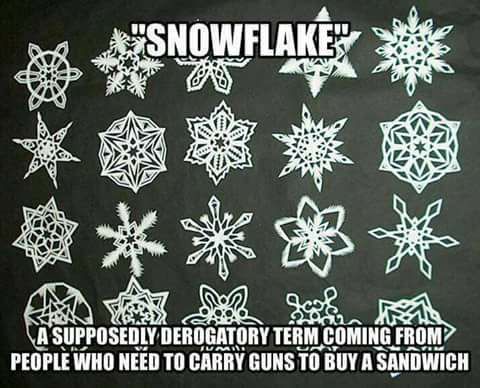 The term snowflake generation, or generation snowflake, emerged after a prominent 2015 dispute between the Yale University administration and students, who were upset by culturally appropriative Halloween costumes. Snowflake generation insulted the students as too politically correct, too easily offended, too soft in their demands for safe spaces, trigger warnings, preferred pronouns, and social justice. In 2016, snowflake became much more politicized and more malicious. After the polarizing decision of Brexit and the election of Donald Trump, the alt-right especially adopted snowflake to insult the political left who were upset by the events and concerned about rising nationalism and bigotry. Liberals, though, have thrown snowflake right back at them, with comedians like Neal Brennan and political commentator Van Jones calling Donald Trump a snowflake for his thin skin.

Truer to its Fight Club origins, snowflake is often used by “back in my day” folks to criticize millennials and Generation Z for being coddled, whiny, and in need of kid-gloves treatment.

These snowflakes are gonna be great fun after college, when real life smacks them in their whiny faces https://t.co/jao9htkbzm

Me in car: I am inimitable, I am an original!
Old Man walking by: f*cking millennials. think they’re all special snowflakes.

Since 2016, snowflake has become a go-to insult among Trump supports to attack the left:

Lots of hysterical SNOWFLAKE LIBS are worried the Russians are listening in on @realDonaldTrump’s unsecured phone calls. Gimme a break! That would require Putin having access to the sophisticated technology used by Stuttering John! @stutteringjohnm https://t.co/f2Cl77MOaI 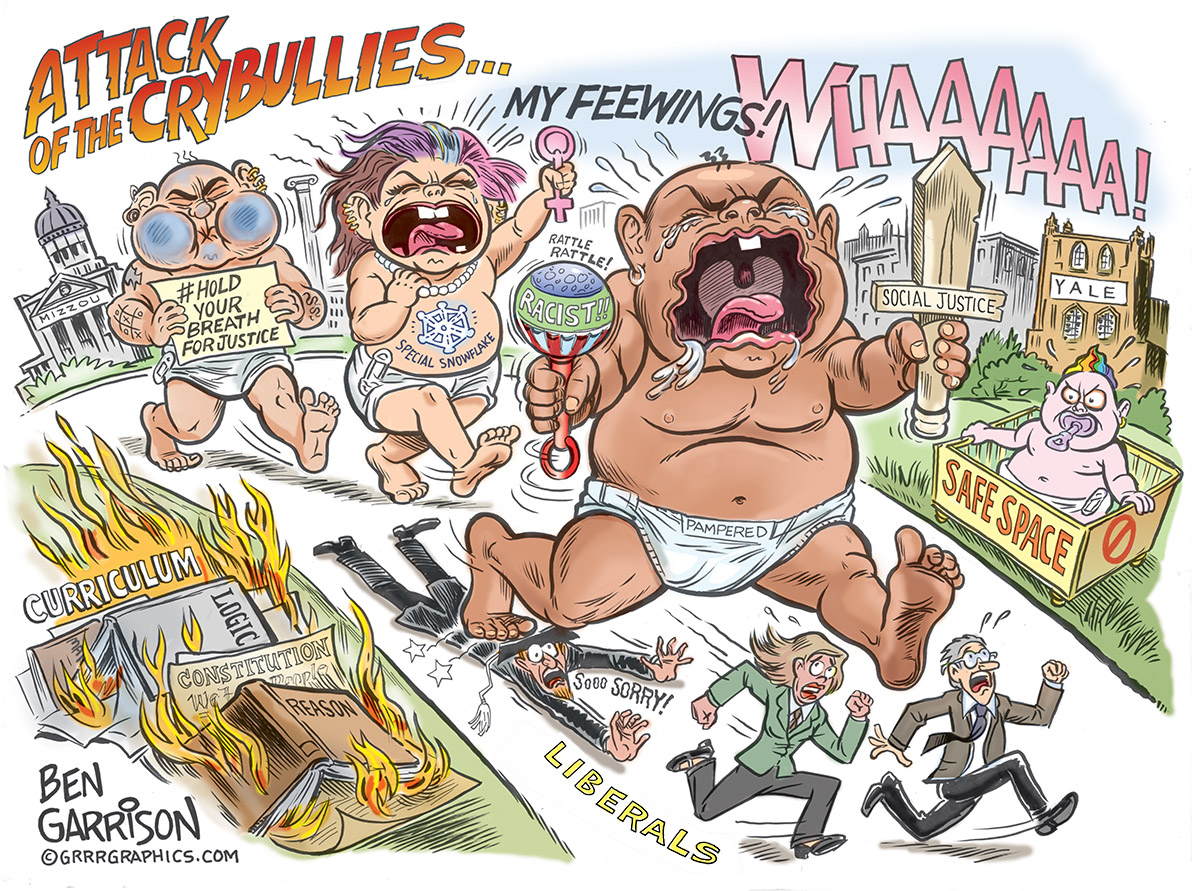 Others have lobbed snowflake right back at them to call out their hypocrisy:

The right: “Fuck you snowflakes we don’t care about your feelings you crybaby overly emotional weaklings”
The left: “Fuck you”
The right: “So much for the tolerant left why can’t we just have a civil debate without insults stop destroying my freedom of speech”

Hillary – they stole my Presidency. But sure, I’m the snowflake.

Some on the left have worked to embrace snowflake. Actor and activist George Takei of Star Trek fame observed that, en masse, snowflakes can form an “avalanche” of political change:

The thing about “snowflakes” is this: They are beautiful and unique, but in large numbers become an unstoppable avalanche that will bury you

Let’s just reclaim #Snowflake! You’re unique? You care? You feel? You believe in justice and beauty? Let’s take it back! Trend #ImASnowflake

This is not meant to be a formal definition of snowflake like most terms we define on Dictionary.com, but is rather an informal word summary that hopefully touches upon the key aspects of the meaning and usage of snowflake that will help our users expand their word mastery.