What is Bonifacio Day?

Bonifacio Day is a national holiday in the Philippines commemorating the life of Filipino revolutionary Andrés Bonifacio.

Andrés Bonifacio is widely considered a national hero in the Philippines and known as the “Father of the Philippine Revolution” for leading the start of the revolt against Spanish rule in the late 1800s.

Bonifacio Day is often celebrated with parades and commemorative events. Some people visit monuments dedicated to Bonifacio and lay flowers in his memory.

Where does Bonifacio Day come from? 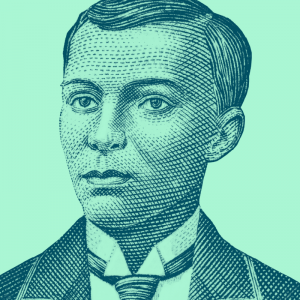 Andrés Bonifacio y de Castro was born in the Philippines on November 30, 1863, during the period of Spanish rule and became an activist in favor of independence. In 1892, after the deportation of fellow activist José Rizal, he helped to found a secret society of revolutionaries known as the Katipunan. He eventually became the leader in the lead-up to the revolution, which began in 1896.

Disagreement among the revolutionaries led them to choose a new leader, Emilio Aguinaldo. Bonifacio refused to step down and was executed in 1897.

You celebrate/commemorate Bonifacio Day but you loathe student activists? What do you call yourself then?
@robertkaatz, November 30, 2020
Today, we honor the Father of the Philippine Revolution, whose display of courage continues to resonate through generations. May his legacy continue inspiring us in our fight against modern day oppressors and injustices. Happy Bonifacio Day! #BonifacioDay
@TOMCATust, November 30, 2020
The entire nation is set to commemorate on Saturday the 156th birth anniversary of Gat Andres Bonifacio, who is considered as the “Father of the Philippine Revolution.”
Ruth Abbey Gita-Carlos, Philippine News Agency, November 29, 2019
SEE MORE EXAMPLES

What are other words used in discussion of Bonifacio Day?

This is not meant to be a formal definition of Bonifacio Day like most terms we define on Dictionary.com, but is rather an informal word summary that hopefully touches upon the key aspects of the meaning and usage of Bonifacio Day that will help our users expand their word mastery.