What are the Golden Globes?

The Golden Globes are an annual award ceremony held to honor artists and professionals in the television and film industry and their work. They are an event of the Hollywood Foreign Press Association (HFPA), an organization for journalists and other industry professionals.

The awards presented during the ceremony are also known as Golden Globes. The Golden Globes are much like the Academy Awards or the Emmy Awards, but they honor work in both television and film instead of focusing exclusively on one. They are presented in many categories, traditionally grouped by drama and musical/comedy films and series.

⚡️When are the Golden Globes?

The Golden Globes ceremony is typically held in January or February. The 2022 Golden Globes will be held January 9 with a private ceremony (there will be no audience and it will not be broadcast or livestreamed.)

Where does Golden Globes come from? 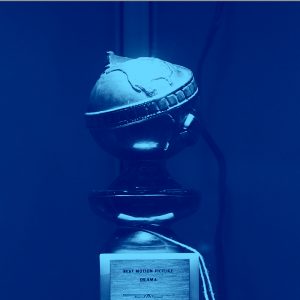 In 1944, the organization that was then known as the Hollywood Foreign Correspondents Association held an informal ceremony to issue awards for the films released in 1943 in the categories of Best Film, Best Actor, and Best Actress. The event was formalized later in the 40s, with the organization creating awards in the shape of a globe (representing the world) and officially naming the award gala the Golden Globe Awards. The event began to award work in television in the 1950s.

I didn't go to any Golden Globes parties tonight cause I am sick...sick of not being in my robe on my couch watching The Golden Globes :)
@ColtonLHaynes, January 10, 2016
Allison Janney never won a Golden Globe for THE WEST WING, but finally wins tonight for I, TONYA!
@ScottFeinberg, January 7, 2018
The Golden Globes have flirted with a number of categories over the years—television special (variety or musical), black-and-white cinematography, juvenile performance, outdoor drama—only to later drop them.
Polly Higgins, Newsday, January 9, 2016
SEE MORE EXAMPLES

More information and context on the Golden Globes

What are other words used in discussion of the Golden Globes?

This is not meant to be a formal definition of Golden Globes like most terms we define on Dictionary.com, but is rather an informal word summary that hopefully touches upon the key aspects of the meaning and usage of Golden Globes that will help our users expand their word mastery.