What is Giving Tuesday?

Giving Tuesday is an annual event devoted to encouraging people to donate to charitable causes or to volunteer.

The day takes place during a series of unofficial holidays primarily focused on shopping opportunities at what’s considered the beginning of the holiday season (and the holiday shopping season), including Black Friday, Small Business Saturday, and Cyber Monday.

Promoters of Giving Tuesday also promote charitable giving on any Tuesday, and the name is sometimes used for any such Tuesday.

The yearly charitable giving campaign known as Giving Tuesday takes place on the Tuesday after Thanksgiving (which is the fourth Thursday in November). In 2022, Giving Tuesday is November 29. In 2023, it falls on November 28.

Where does Giving Tuesday come from? 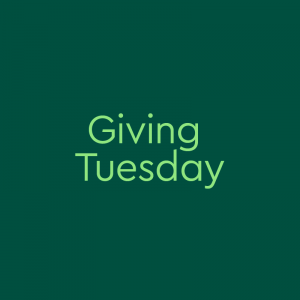 Giving Tuesday was started in 2012 in the US, but people participate around the world. The day is most closely associated with monetary donations, but it has also traditionally promoted volunteering and simply performing good deeds, such as for family, friends, and strangers.

AWG does great things all year! Support women in science with a GIVING TUESDAY donation. Make your contribution at awg.org
@AWG_org, December 3, 2019
My best advice for using social media on Giving Tuesday to cultivate donors: don't wait until Giving Tuesday to use social media. Help people see that your cause is worth supporting on Giving Tuesday by building the case all year long on social.
@vinallee, December 1, 2020
A whopping 34.8 million Americans donated $2.47 billion on Giving Tuesday on December 1 last year, according to Giving Tuesday, Inc., the nonprofit behind the famous hashtag, #GivingTuesday.
Melissa Brock, The Entrepreneur, October 28, 2021
SEE MORE EXAMPLES

What are other words used in discussion of Giving Tuesday?

This is not meant to be a formal definition of Giving Tuesday like most terms we define on Dictionary.com, but is rather an informal word summary that hopefully touches upon the key aspects of the meaning and usage of Giving Tuesday that will help our users expand their word mastery.