What is Lunar New Year?

When is Lunar New Year?

Where does Lunar New Year come from? 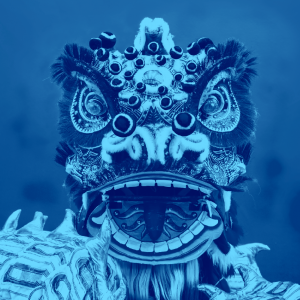 Lunar calendars consisting of 12 months, each month corresponding roughly to one cycle of the moon, have been used by many cultures throughout history, including by many Asian peoples as well as by Muslims and Jews. A number of different Lunar New Year festivals are held throughout the world.

Because 12 lunar cycles do not fill a whole year, it is necessary to occasionally add an extra month. This custom was adopted in the Chinese calendar as early as 1600 BCE, with the Jewish calendar adopting it by the 700s CE, resulting in what are known as lunisolar calendars. This avoids “seasonal creep” to keep holidays in the same season, even if they may fall slightly later or earlier compared to a solar calendar. The Chinese calendar spread to Korea and then to Japan by the 500s CE, and was eventually adopted elsewhere in Asia.

The Lunar New Year is celebrated as Tet by Vietnamese people and Seollal by Koreans. Visiting family, eating large meals of traditional foods, and parades are common Lunar New Year festivities across these cultures. Other customs can vary from culture to culture and place to place.

Japan adopted the western Gregorian calendar in 1872, and now observes New Year’s Day on January 1. Still, many people of Chinese descent in Japan celebrate the Lunar New Year as well.

Korea followed Japan in officially adopting the Gregorian calendar in 1896, but celebration of Lunar New Year continues there.

Many predominantly Buddhist countries in Southeast Asia, including Cambodia, Laos, Myanmar, Sri Lanka, and Thailand, use lunisolar calendars, but base their New Year’s celebrations on the Sun’s transition from the constellation Pisces in the west into Aries. These celebrations fall in mid-April in the Gregorian calendar and may include purification rituals and playfully splashing others with water, among other activities.

Losar is a Lunar New Year festival observed in Tibet and Bhutan. It falls in February or March and includes dances and the decoration of monasteries.

Asian people around the world may also celebrate their respective Lunar New Year wherever they are. London claims to have the largest such celebration outside Asia and San Francisco’s parade claims to be the largest Asian cultural event in North America.

The Islamic liturgical calendar is strictly lunar, meaning that Al-Hijra, the Islamic New Year, can fall in different seasons across the years. Al-Hijra commemorates Muhammad’s journey from Mecca to Medina, but the date is not marked by large public celebrations.

Usually falling in September or October, Rosh Hashanah is the start of the year in the lunisolar Hebrew calendar. It means “the head of the year,” and is observed with traditional meals, prayers, and the blowing of a ram’s horn known as the shofar.

Shi Ying won’t be making the traditional pilgrimage back to Shanghai to celebrate the Lunar New Year holiday with her extended family. Instead, they’re all going to Japan for shopping and sightseeing.
Bloomberg News, January 23, 2017
Additionally, Sapphire Princess sails a 15-day Grand Asia voyage, offering an overnight in Hong Kong. For the 2019 Lunar New Year, Sapphire Princess will be sailing a seven-day Vietnam & Thailand voyage (roundtrip from Singapore).
Princess.com, May 26, 2017
All across the country this weekend, major cities with established Asian populations will roll out Lunar New Year parades with great fanfare, including some big ones in San Francisco, New York, Washington D.C., and Las Vegas. There will be dragon dances on Chinatown streets that are narrowing with gentrification. I will be in my old Brooklyn apartment with my dad, burning incense on my fire escape.
Kat Chow, NPR,  January 27, 2017
SEE MORE EXAMPLES

Lunar New Year is observed in various ways around the world.

2018/03/05 These colorful fried sweets are made for the Lunar New Year in Taipei, and these plants were displayed at the meeting on Sunday. The tea all consists of what I got on Sunday. pic.twitter.com/bNmO6l5MjS

This is not meant to be a formal definition of Lunar New Year like most terms we define on Dictionary.com, but is rather an informal word summary that hopefully touches upon the key aspects of the meaning and usage of Lunar New Year that will help our users expand their word mastery.