Who is Brian Peppers?

Brian Peppers was a convicted sex offender whose face (which had an apparent genetic disability) became a viral meme that often makes light of sexual assault.

Where does Brian Peppers come from? 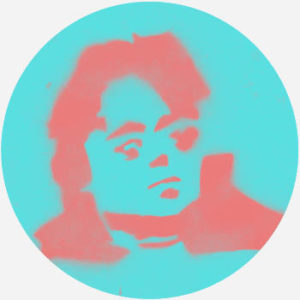 Brian Peppers was convicted of gross sexual imposition in Ohio in 1998. After his conviction, he was entered into Ohio state’s electronic sex offender registry. Included in the entry is a picture of Brian Peppers, who may have suffered from a craniofacial genetic disorder such as Crouzon syndrome.

In early 2005, Brian Peppers’ picture started circulating in posts on the meme hub You’re the Man Now, Dog! (YTMND). Part of the fascination with Brian Peppers’ face, which was mocked or ogled at because of disfigurement, was the doubt that it was even a photo of a real person. Such questioning led fact-checking site Snopes.com to authenticate the image. They verified not only the image but also Peppers’ identity with the Ohio Attorney General’s office. They even obtained high-school photos of Brian Peppers from a former classmate.

The image spread as a meme and became so notorious someone attempted to make a Wikipedia page for Brian Peppers. Jimmy Wales, founder of Wikipedia, conducted a deletion review in 2007 and opted to have the page deleted permanently. As with the nature of many internet fads, Brian Peppers’ image declined in usage as YTMND moved on to making other memes.

Brian Peppers died in 2012, resulting in some renewed interest in the meme.

Ya mans look like brian peppers.
@dollaService97, December, 2017
Brian Pepper's doesn't go hunting - he goes stalking.
nail3r, forum.bodybuilding.com, January, 2006
I honestly think we're too critical of teens on the internet for liking certain things. I turned out a decent person. I mean, over 10 years ago I was spreading around Brian Peppers memes and posting Gay Fuel jokes on MySpace.
@witapepsi, February, 2018
SEE MORE EXAMPLES

Frequent visitors of YTMND were the first ones to spread the images of Brian Peppers’ face. Making fun of his unusual appearance, users photoshopped his face into pictures, made gifs, and even created merchandise. These images were circulated in message forums and meme-image galleries. 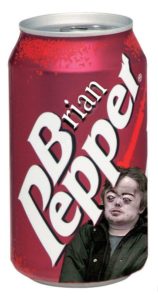 All of the memes created poked fun at sexual crimes, predatory behavior, or the way Brian Peppers looked. Many of these memes even referenced child abuse. For this reason, they can be considered very upsetting and offensive. Followers of the meme have said that Brian Peppers didn’t deserve the level of internet infamy he achieved simply because he was an individual with a disability.

This is not meant to be a formal definition of Brian Peppers like most terms we define on Dictionary.com, but is rather an informal word summary that hopefully touches upon the key aspects of the meaning and usage of Brian Peppers that will help our users expand their word mastery.