do a barrel roll

What does do a barrel roll mean?

Do a barrel roll is an internet meme that’s mainly used to caption images or gifs of people, animals, and objects doing a 360-degree turn (or trying to). It’s also a sarcastic response to questions being asked online.

Where does do a barrel roll come from? 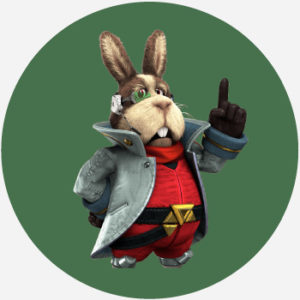 The barrel roll itself is a real-life aeronautics maneuver where an airplane does a single turn along its longitudinal axis. The term started becoming popular in the 1920s, during the early days of dogfighting.

According to Know Your Meme, the phrase do a barrel roll comes from the 1997 video game Star Fox 64, where a character named Peppy Hare repeatedly insists that the player perform the maneuver to avoid being hit by lasers. The urgency of Peppy’s repeated demand inspired the internet meme.

Sadly, as Discover’s Kyle Hill pointed out in April 2014, the maneuver shown in Star Fox isn’t a barrel roll at all, but a different trick called an aileron roll. To make matters worse, Hill went on to explain (at some length) that the aileron roll probably wouldn’t even help in defending a spaceship. The sarcasm present when someone tells you to do a barrel roll probably hinges on the perceived uselessness, or at least absurdity, of using the trick tactically.

The meme was originally popular on the image board 4chan in the early 2000s. It was mainly used to caption images or gifs of people, animals, and objects either rolling completely around or unsuccessfully attempting to do so.

Examples of do a barrel roll

“When you don't know what to do, just breath [sic] and keep calm. After that, do a barrel roll.”
Shirayuki31 @EwigChrysse Twitter (January 23, 2017)
“People also search for do a barrel roll twice and do a barrel roll thrice but nothing gets executed, so dont do that it is waste of time. You may check this for your satisfaction.”
Avanish Singh, “Do a barrel roll / make a barrel roll and other making crazy google searches,” The Toppers Way (September 10, 2015)
“Everyone, stay alert. Do a barrel roll! Or let Google do it for you. No, seriously.”
Matt Burns, “Do A Barrel Roll! In Google! Right Now!” TechCrunch (November 3, 2011)
SEE MORE EXAMPLES

Who uses do a barrel roll?

The earliest entry on Urban Dictionary, which is from January 30, 2004, also points to do a barrel roll as a facetious catch-all answer to questions of “life, the universe, and everything.” For example, if your friend were to ask you for advice (e.g. “I’m so unprepared for tomorrow’s final. What should I do?”), you could unhelpfully answer with “Do a barrel roll.”

This now-decades-old meme continues to be popular today, even beyond image boards. People still use it on social media as a catch-all answer. Sometimes it’s used to refer to someone or something literally rolling over in real life, and not just in an image or gif. People on the internet blurt it out as a non-sequitur. During live streams of video games, commenters occasionally try to demand that the person playing “do a barrel roll!” either to see if they’ll actually do it or just to be annoying.

In November 2011, Google jumped on board the meme by adding an easter egg to their search results. If you type for “do a barrel roll,” the entire results page will rotate 360 degrees.

This is not meant to be a formal definition of do a barrel roll like most terms we define on Dictionary.com, but is rather an informal word summary that hopefully touches upon the key aspects of the meaning and usage of do a barrel roll that will help our users expand their word mastery.