What does LazyTown mean?

LazyTown is an Icelandic children’s television program that inspired a popular, if ironic, fanbase and meme culture.

Where does LazyTown come from? 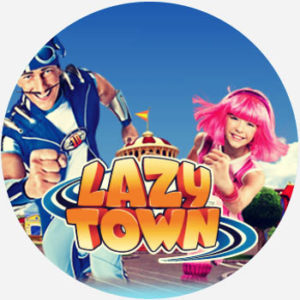 LazyTown was created in 2004 by Magnús Scheving, who also stars as the character Sportacus, and is based on his 1991 children’s book, Áfram Latibær! which roughly translates as Go, Go, LazyTown! The show, known for its expensive production, is an educational musical comedy that centers around a pink-haired young girl named Stephanie who moves to LazyTown, a town full of inhabitants who dislike physical activity and healthy eating. While Stephanie is thwarted by the villain Robbie Rotten in her attempts to get the town’s residents to exercise more, she is assisted by the hero Sportacus. The show had four seasons between 2004–2014.

The show slowly gained an audience among not just children, but teens and adults as well. For instance, in 2011, a subreddit dedicated to the show was launched. In 2012, a writer for the show did an Ask Me Anything session on the website, suggesting an interested audience. Fanfiction for the show has also been around since 2005. This older audience, though, appears driven by an ironic appreciation for the surreal, silly atmosphere of the show.

Another part of this popularity comes from meme engagement with the show. For instance, several of the songs on the show have gained a number of humorous remixes and parodies in the early 2010s. Some popular ones are “Cooking by the Book,” “You Are a Pirate,” and “We Are Number One.”

LazyTown received an unexpected burst of attention in late 2016 and early 2017 after it was announced that actor who played Robbie Rotten, Stefán Karl Stefánsson, had cancer. Fans of the show started using LazyTown video remixes to gather support for Stefánsson and help raise money for his recovery. Organizers exceeded the goal they’d set for his recovery fund, though Stefánsson, sadly, passed in August 2018.

“I want to be very clear I enjoyed LazyTown when I was sober, also.”
@prinxeMu Twitter (May 5, 2017)
“Cory in the house the is best anime but since that is not an option, I will pick lazytown.”
Ninjaneer Angryjoeshow (November 11, 2016)
“Through LazyTown, one Icelandic man inflicted on Britain one of the most annoying children's TV programme [sic] of the decade.”
Georgia Graham, “What has Iceland done for Britain?” The Telegraph (April 17, 2010)
SEE MORE EXAMPLES

Although it’s official stylized as LazyTown, the show’s title and the town’s name are often spelled Lazy Town.

This is not meant to be a formal definition of LazyTown like most terms we define on Dictionary.com, but is rather an informal word summary that hopefully touches upon the key aspects of the meaning and usage of LazyTown that will help our users expand their word mastery.