What does Lenny Face mean?

Where does Lenny Face come from? 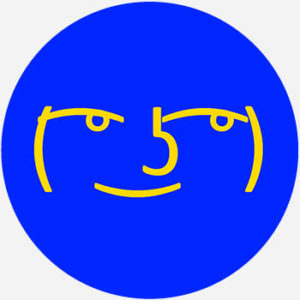 ( ͡° ͜ʖ ͡°) may have first appeared on the Finnish image-based message board Ylilauta in a thread about spam filter settings. The anonymous comment, posted on November 18, 2012, read “( ͡° ͜ʖ ͡°) this thread is leaking from the heavens.”

In the course of that same day, the emoticon was posted to the US-based imageboard 4chan and then on Reddit to the subreddit r/4chan. On 4chan, it was posted so many times that some users were temporarily banned for posting it too much. Also on that day, a video was posted to YouTube with the title ( ͡° ͜ʖ ͡°). The video is simply a slow zoom into the emoticon with a soundtrack of incoherent screaming.

Later that day, the r/israel subreddit was spammed with numerous copies of the face and variations on it. The weekend of November 17 and 18 had seen Israel launch airstrikes against Gaza and Hamas fire rockets towards Tel Aviv. These events may have been the reason r/israel was targeted.

Within days of its debut, the emoticon had been named the Lenny Face and Le Face Face.

Although some thought the Lenny Face would disappear shortly, it proved to be long lived. It has appeared in text as well as in images, usually superimposed over the face of another character or image, from the Mona Lisa to SpongeBob SquarePants. Creative internet users also made many variations on the emoticon itself, adding special characters that look like ears, for instance.

In 2012, a Tumblr user used a text-to-speech program to read the character ( ͡° ͜ʖ ͡°) aloud. The program pronounced the emoticon as “deg deg,” possibly from the two degree symbols used for the eyes. Deg deg went to become another familiar name for Lenny Face, alongside Le Lenny Face, a faux French form popular in online meme culture. The origins of the name Lenny itself, however, are obscure, and may have simply caught after it was suggested in a Reddit thread.

A Google Chrome extension that allows users to easily post the Lenny Face—which is otherwise constructed from a series of computer character codes or is copied and pasted from an existing instance—and its variations was added to the Chrome Web Store in 2015.

( ͡° ͜ʖ ͡°) is similar in style to a type of emoticon used in Japan known as a kaomoji. Kaomoji combines the Japanese words for face and letters. Unlike Western emoticons which are read sideways, like the smiley face emoticon, :), kaomoji are oriented vertically, as is Lenny Face. They also tend to use parentheses to mark the sides of the face. Kaomoji are often differentiated by their eyes, rather than the mouths as in western emoticons. In this spirit, Lenny Face’s sideways glance and smirking grin has sometimes been used like an emotional tone marker to express mischief or make a sexual suggestion online. For example, if someone posted “I was up all night,” another user could reply “You were up all night ( ͡° ͜ʖ ͡°)” to insinuate sexual activity.

Without copy and pasting, the Lenny Face can be difficult to produce, so some people might simply type “Lenny Face” or “Insert Lenny Face” in its place.

As noted, some users on messageboards, forums, comment sections, or the like may repeatedly post Lenny Face to jam up or spam the site or conversation.

This is not meant to be a formal definition of Lenny Face like most terms we define on Dictionary.com, but is rather an informal word summary that hopefully touches upon the key aspects of the meaning and usage of Lenny Face that will help our users expand their word mastery.