What does Deep State mean?

The Deep State is believed to be a clandestine network entrenched inside the government, bureaucracy, intelligence agencies, and other governmental entities. The Deep State supposedly controls state policy behind the scenes, while the democratically-elected process and elected officials are merely figureheads.

Where does Deep State come from? 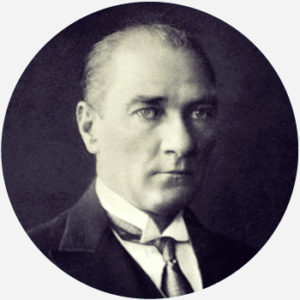 The origins of the term Deep State are from the secretive Turkish network known as derin devlet. This group was founded in 1923 by Mustafa Kemal Atatürk with the purpose of undertaking clandestine acts to preserve the current governmental structure. These acts included coups and private assassinations of figures who were seen as hostile to the establishment; they were particularly targeted toward the press, communists, Kurds, and other dissenters.

Deep State has since come to mean any unelected “shadow government” operating behind the scenes of a democracy. If true, this would mean that the democratic process is a façade. Deep State has traditionally been used by the United States press in reference to the governments of countries like Russia and Turkey, but starting in the 2010s, it has increasingly been used to describe the United States government by those who favor conspiracy theories.

There are widely differing theories about what the Deep State’s purpose is, if it does exist. Libertarian Ron Paul, who ran as a Republican candidate for US President in 2008 and 2012, has stated his belief in a Deep State whose primary agenda is continuing a neoconservative foreign policy, continuing the Middle East-focused focused policies of the Bush/Cheney administration. This theory gained more support in 2013, when Edward Snowden released evidence that the US had been conducting massive surveillance upon its citizens.

“My favorite thing about the #ComeyHearing is the 'deep state' pro-Trump tweets. Still need government to blame when you are the government!”
Jamie Butterworth @JamieBworth Twitter (March 20, 2017)
“President Trump's accusation Saturday that former President Barack Obama wiretapped Trump Tower was a serious allegation, and one he made without proof, but to many on the online right, it was the latest example of the Deep State.”
Hunter Schwarz, “What's a 'Deep State' and why is it a new buzzword for the online right?” CNN (March 11, 2017)
““Deep State” comes from the Turkish derin devlet, a clandestine network, including military and intelligence officers, along with civilian allies, whose mission was to protect the secular order established, in 1923, by the father figure of post-Ottoman Turkey, Mustafa Kemal Atatürk.”
David Remnick, “There is No Deep State,” The New Yorker (March 20, 2017)
SEE MORE EXAMPLES

Since the beginning of the Trump administration, Deep State has increasingly become a buzzword on far-right news websites like Breitbart, as well as message boards, chat rooms, and among far-right communities.

Most major news sources argue that the Deep State narrative, at least in the way that the Trump administration uses it, is a conspiracy theory.

This is not meant to be a formal definition of Deep State like most terms we define on Dictionary.com, but is rather an informal word summary that hopefully touches upon the key aspects of the meaning and usage of Deep State that will help our users expand their word mastery.