or the Exodus Movement [jek-suh-duhs]

Jexodus is the name of a right-wing political effort to encourage Jewish Democrats to leave (as an exodus) and join the Republican party due to the left’s supposed anti-Semitic, anti-Israel policies.

Where does Jexodus come from? 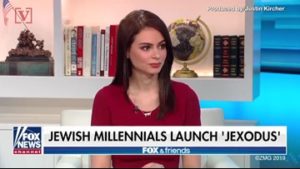 Jexodus is a blend of Jewish and exodus, or “departure.” The term is problematic, as the Exodus is a key story in Jewish culture and religion about the ancient Israelites deliverance from slavery in Egypt; the word implies that American Jews are enslaved to the Democratic party.

As a jew, it feels kind of tacky that the president who hits all the white nationalist talking points is now trying to convince us to support him. Also yes the term jexodus is super offensive https://t.co/dEhp4EXBTL

The New York Times has credited the idea of Jexodus to Jeff Ballabon, an adviser to Donald Trump’s 2016 presidential campaign, in a 2016 email over his disillusionment with anti-Israel sentiment on the left. Ballabon announced Jexodus at the February–March 2019 Conservative Political Action Conference (CPAC).

Shortly after CPAC on March 5, 2019, model Elizabeth Pipko was a guest on the conservative satellite talk radio show Breitbart News Tonight. Her appearance was in part motivated by a controversy surrounding Democratic congresswoman Ilhan Omar, who was accused of anti-Semitism in comments on US policy toward Israel.

On the show, Pipko explained she was a spokesperson for a new movement called Jexodus, which she said was a grassroots effort started by millennials upset with the political left’s supposed anti-Semitism and lack of support for Israel—whose support is a major position of the Republican party, though Jewish Americans themselves generally form a liberal, Democratic group in US politics, according to the Pew Research Center.

During the interview, Pipko quoted text from Jexodus.org, a website registered in November 2018.

On March 12, 2019, Pipko then appeared on the Fox News show Fox and Friends to further explain Jexodus. The term (and idea) got a massive signal boost after President Donald Trump twice tweeted about Jexodus after the Fox segment.

Jexodus really is behind the times for Torah readings, we're up to Jeviticus now.

On March 21, Jexodus was renamed to the Exodus Movement, apparently due to negative reactions to the name. (Not only did some people find it offensive, but also redundant, as the Exodus is already intimately associated with Judaism, making the blend with Jewish unnecessary.) Its website is nearly identical to the old one and still credits Elizabeth Pipko as the founder.

President Trump is the most pro-Jewish president of all time!

Dems should think hard about where we'd be without him.#Jexodus https://t.co/6tzIkeNK6n

#Jexodus #WalkAway the Democratic Party has embraced anti-Semitism.
@robin4freedom, March, 2019
The good news: There is a Jexodus! Jews, including many prominent intellectuals, have been bolting their longtime party en masse. The bad news: The party they are leaving is the GOP.
Rob Eshman, The Sun-Sentinel, April, 2019 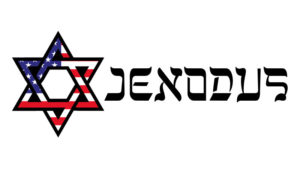 The group that once called itself Jexodus has since renamed themselves the Exodus Movement and no longer uses Jexodus in its media. However, some people in right-wing politics may use Jexodus to refer to a desired movement of Jews to the Republican Party.

Every Jew in this country needs to wake up. Leave the Left. Join the #Jexodus . You’ll be happy you did. @ExodusMvmt

A tiger in the corner always fights the hardest.

The Leftist establishment is collapsing before our eyes—they know that they are under siege.

Between #BLEXIT #JEXODUS and the mass awakening brought on by @realDonaldTrump…The Democrats are toast. https://t.co/NDpyVDhG1s

This is not meant to be a formal definition of Jexodus like most terms we define on Dictionary.com, but is rather an informal word summary that hopefully touches upon the key aspects of the meaning and usage of Jexodus that will help our users expand their word mastery.