Feedback
Make America Great A...
Medicare for All

What does Manchurian candidate mean?

A Manchurian candidate is a person, especially a politician, being used as a puppet by an enemy power. The term is commonly used to indicate disloyalty or corruption, whether intentional or unintentional.

Where does Manchurian candidate come from? 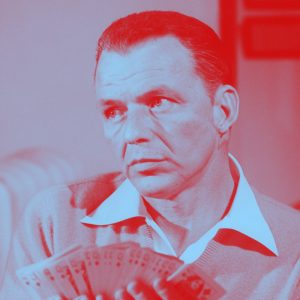 The Manchurian Candidate was a 1959 political thriller by Richard Condon. The book details a conspiracy where a US soldier, Raymond Shaw, is captured during the Korean War and brainwashed by Chinese and Soviet agents. His brainwashing is later activated by the Communists to lead Shaw to assassinate a US presidential candidate so that his running mate, Senator Iselin, will win overwhelming support. Iselin has been put in place by his power-broker wife (also Shaw’s mother) to install a Chinese Communist dictatorship if elected. The highly convoluted plot led a reviewer for Time to suggest the book should be on a list of “Best Bad Novels.”

The book did win at least a couple of influential fans, though. It was turned into a film directed by John Frankenheimer and starring Frank Sinatra as Bennet Marco, Shaw’s platoon-mate who discovers the conspiracy.

United Artists, the studio behind the film, was wary about making a movie with such controversial subject matter, but President Kennedy, who was a friend of Sinatra, appealed to the studio to have the movie made.

In 2004, Jonathan Demme directed another take on the Manchurian Candidate, starring Denzel Washington as Marco and Liev Schreiber as Shaw. In Demme’s version, Shaw is a US representative and vice presidential candidate who can be mind-controlled by nanotechnology.

The original movie didn’t break even at the box office, but the term Manchurian candidate soon spread into public consciousness, and was used to charge a politician in or seeking office with being brainwashed by an outside, foreign agent. Henry Kissinger was called a Manchurian candidate in 1975. And in 1977, Sirhan Sirhan launched an appeal of his guilty verdict in the assassination of Robert Kennedy. Sirhan’s lawyer claimed that Sirhan was hypnotized and couldn’t remember killing Kennedy. This was characterized as the “Manchurian Candidate theory.”

The investigation into ties between Donald Trump’s presidential campaign and Russian president Vladimir Putin has drawn numerous comparisons to the novel and film Manchurian Candidate. The Atlantic, The Huffington Post, and Vanity Fair, among others, have all suggested Trump is a Manchurian candidate.

“Never thought I'd see the day when Russia put a Manchurian Candidate in the #WhiteHouse and the #GOP didn't care.#ComeyHearing #countryfirst”
RogueArtist @TinaDuryea Twitter (March 20, 2017)
“I voted did you? Gotta get the Manchurian Candidate out of the drivers seat before were ALL soaring off a cliff into Oblivion...Be smart.”
Sylvester Stallone @TheSlyStallone Twitter (November 2, 2010)
“But, much like Sergeant Shaw in the Manchurian Candidate, has America’s next commander in chief been recruited, and cultivated as an unwitting Russian agent?”
Aiko Stevenson, “President Trump: The Manchurian Candidate?” The Huffington Post (January 18, 2017)
SEE MORE EXAMPLES