What does Airplanes mean?

Airplanes is a hit 2010 song by rapper B.o.B featuring Hayley Williams, remembered for its comparison of shooting stars to airplanes—which struck everyone as really profound at the time.

Where does Airplanes come from? 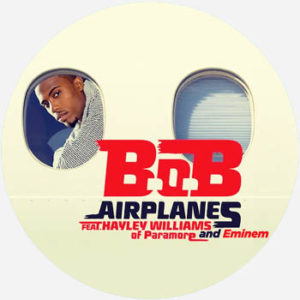 In April, 2010, US recording artist B.o.B (Bobby Ray Simmons Jr.) released Airplanes, the third single off his first album, B.o.B Presents: The Adventures of Bobby Ray. The song featured Hayley Williams, lead singer of alternative rock band Paramore, on its chorus: “Can we pretend that airplanes / In the night sky are like shooting stars? / I could really use a wish right now / Wish right now, wish right now.” For his part, B.o.B. raps about longing for the simpler days before his stardom, hence the airplane-shooting star wishes.

Also on B.o.B Presents: The Adventures of Bobby Ray was “Airplanes, Pt. II,” featuring rapper Eminem alongside Williams’ original vocals. The sequel is never as good as the original, though.  “Airplanes, Pt. II” only reached #24 on the Billboard charts—still pretty sky-high, all things considered.

By far, the most popular lyric from Airplanes is from the dreamy, opening chorus: “Can we pretend that airplanes/ In the night sky are like shooting stars?” The line is remembered, often mockingly, as a cultural touchstone of 2010 for its “deep” poetry and evocations of more innocent times.

Since 2010, the internet, true to form, has put the Airplanes lyric to good memetic use, especially when it came out that B.o.B. believed in Flat Earth conspiracies.

This is not meant to be a formal definition of Airplanes like most terms we define on Dictionary.com, but is rather an informal word summary that hopefully touches upon the key aspects of the meaning and usage of Airplanes that will help our users expand their word mastery.