Everything After Z by Dictionary.com
Previous Word bullshot
Next Word butterfly effect

What does Burgundy mean?

Burgundy, sometimes misspelled Burgandy, is a region in France known for its production of fine wine, which is so called Burgundy. Based on the wine, Burgundy is also a shade of dark red.

When was the last time I didn’t wear either black, burgundy, or olive green in my outfit? Asking for a friend.
@meganmccluskeyy, March, 2018
I opened myself a bottle of Burgundy, and a bug died my glass. I was so mad, but then I realized that's probably how I want to die, too.
@StayceeSays, February, 2018
Will Ferrell didn’t pull his infamous Ron Burgundy, the main character in “Anchorman,” out of thin air. The absurd yet adored news anchor from the 2004 movie was inspired by Mort Crim, a real-life newscaster whose soothing baritone would fit right into the film.
Kate Abbey-Lambertz, HuffPost, December, 2013
SEE MORE EXAMPLES

Where does Burgundy come from? 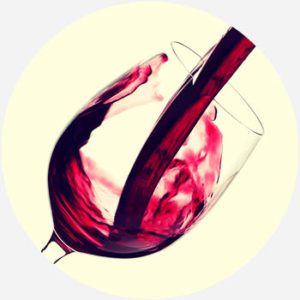 The east central region of Burgundy, or Bourgogne in French, takes its name from Swedish migrants, now called the Burgundians, who established a kingdom there in the 5th century CE. Variously subjugated over the centuries, the kingdom became a duchy in the 9th century and annexed by France in the 15th. The Duke of Burgundy appears as a character in three major Shakespeare plays: Henry V, Henry VI Part 1, and King Lear.

The agricultural area has long been known for its viniculture, with its wine-making traditions and vineyards historically passed down through the royalty and cultivated by monasteries. Production of wine there has been mostly continuous, interrupted by the French Revolution and halted by the World Wars. Burgundy has been, and remains, especially celebrated all around the world for its Pinot Noir grape variety, and evidence for that fame is recorded in the Middle Ages.  Burgundy also produces a well-known Chardonnay, a white wine. The name Burgundy has denoted wines, usually reds, made in Burgundy since the 1670s in English. Wines made in other wine-growing regions to resemble a French Burgundy may also be called a Burgundy even though they weren’t made there (e.g., Australian Burgundy).

The rich, dark color of Burgundy wine has inspired the color name, burgundy, documented since the late 19th century. The word for the color also describes a type of toxic red-blooming algae, which some scientists colloquially call Burgundy Blood. The color also (in part) inspired the surname of Ron Burgundy, the lead anchor and main character of the 2004 comedy Anchorman and 2013 sequel Anchorman 2. Behaving in a way that he thinks is akin to a classy lady’s man, Burgundy‘s signature outfit features a burgundy-colored blazer. His name implies misbegotten aspirations for sophistication, as associated with a bottle of Burgundy wine, while also making fun of the bold colors used in men’s suit-wear in the film’s setting, the 1970s. Inspiration for the name may also come from a real news anchor, Mort Crim, whose surname calls up the burgundy-like color, crimson.

Burgundy is widely used in reference to the French region in both the past and present, though most popularly for its prized wine and wine-based culture and tourism. As noted, Burgundy can name the location and the famous wines it produces.

As a color word, burgundy has more of a literary air in speech and writing, though it is widely used in the fashion and design industries to refer to a particular family of hues.

The character Ron Burgundy may be sometimes alluded to simply as Burgundy and misspelled as Burgandy.

This is not meant to be a formal definition of Burgundy like most terms we define on Dictionary.com, but is rather an informal word summary that hopefully touches upon the key aspects of the meaning and usage of Burgundy that will help our users expand their word mastery.