What does Careless Whisper mean?

Cue the sax. Careless Whisper is a 1984 ballad by heartthrob singer George Michael. The song has taken on meme status as a stereotype of ’80s ballads and a caricature of sexiness.

Where does Careless Whisper come from? 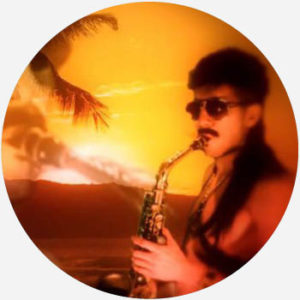 The year was 1984. Ghosts were busted, feet were loose, hair was big, and Careless Whisper was heard on the radio for the first time.

The song, George Michael’s first solo single, was an instant classic. It spent 3 weeks at #1 and 22 weeks overall on the Billboard charts in 1984–85.

Careless Whisper‘s lyrics tell the story of a person who has been unfaithful in a relationship and can’t look at his lover the same way again. But, it’s not really the lyrics that people loved so much about the song. That honor rests on the head of the introductory sax line, performed by Steve Gregory. It’s the most distinctive element of the song, the earworm that kept it in cultural consciousness.

THe sax intro from Careless Whisper has been stuck in my head for 20 years.

Plus, there’s the Sexy Sax Man, who has been posting YouTube videos of himself playing Careless Whisper‘s iconic sax riff in public places since 2011.

Google searches for Careless Whisper spiked twice: once in early 2009 when the singer’s earnings were made public and again in December, 2016 when George Michael died.

If you can play the sax solo from Careless Whisper then you better be able to swim or else you’ll be drowning in pussy.
@occupied_stall, January, 2018
If ur mans is a saxaphone player but can’t play the sax riff from Careless Whisper...drop him, queen. You know you’re not a foooooooooool.
@Audnimrod, June, 2018
For those who happen to be fans of both Bruno Mars and marsupials, prepare for your hearts to melt. The singer posted a video on his Instagram Thursday (March 28) of himself posing with a very relaxed koala, naturally delivering a few punny pick-up lines. To really set the mood, the unmistakable sax hook to the George Michael-sung Wham! classic "Careless Whisper" plays in the background.
Abby Jones, Billboard, March, 2018
SEE MORE EXAMPLES

Careless Whisper is also there for you when you need something to seem a little sexier, from eating a banana to playing Wii.

The sax solo in particular from Careless Whisper has become a meme favorite. Vines and other social-media videos play the sax-heavy opening to the song over images of painfully awkward people or situations. The people featured in these videos are usually either trying to be sexy or absolutely not trying.

Even outside of these videos, Careless Whisper has secured its reputation, by name-drop alone, as the epitome of cheesy sexiness.

This is not meant to be a formal definition of Careless Whisper like most terms we define on Dictionary.com, but is rather an informal word summary that hopefully touches upon the key aspects of the meaning and usage of Careless Whisper that will help our users expand their word mastery.