What does cancel culture mean?

Where does cancel culture come from? 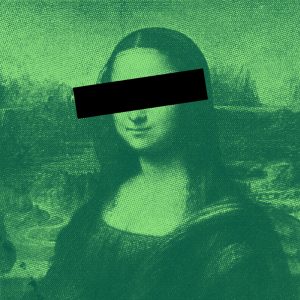 When something is canceled, it is nulled, ended, voided. Done, over, no longer wanted, like a TV show or subscription. This sense of cancel is the basic idea behind the slang meaning of canceling a person. When a person is canceled, they are no longer supported publicly.

Usually public figures are said to be canceled after it has been discovered that they have done something offensive. It involves calling out the bad behavior, boycotting their work (such as by not watching their movies or listening to their music), and trying to take away their public platform and power. This is often done in a performative way on social media.

We should note that a variety of earlier slang senses of cancel can be found reaching into the 1990s. (One such vivid sense is “to murder.”) The spread of this slang sense is commonly credited to Black Twitter in the mid-2010s, which often used cancel about issues of discrimination and racism.

Ed is canceled and deleted. https://t.co/nizgtW7k6t

Canceling spread as a term and phenomenon in the public consciousness with the #MeToo Movement , as major public figures—from Harvey Weinstein to Matt Lauer to Louis C. K. and R. Kelly—were getting canceled due to credible allegations of sexual violence in their past. Other figures were getting canceled for past racist and anti-LGBTQ remarks, such as Shane Gillis and Kevin Hart, respectively.

WATCH: What Does It Mean To Cancel Someone?

These figures—and many more—did lose their careers, reputations, or work opportunities after getting canceled. And with respect to #MeToo, many effectively lost their lives as they knew them. But in 2019, there was growing backlash against what came to be called cancel culture in the late 2010s. Culture refers to the shared attitudes and actions of a particular social group. Call-out culture is used in a similar way.

Criticisms of cancel culture centered on the feeling that people were becoming too keen to ruin lives over mistakes made many years ago. That people didn’t get a second chance. That social media is too quick to pile on and police increasingly high standards of political correctness and do so in a way that simply is virtue signaling and performatively woke. That canceling has gone too far and simply become a way of rejecting anyone you disagreed with or someone who did something you didn’t like. Former President Barack Obama notably criticized cancel culture (though not using the words as such), arguing that easy social media judgments don’t amount to true social activism.

I’m really sick of cancel culture and drama and people having to take a stance or make a statement on absolutely everything all the time. It’s okay to be open minded and sit back a sec to see how things play out before making a solid opinion on something.

Yet others object to the name cancel culture, arguing that the label misunderstands that people are simply trying to hold people accountable for their actions.

Holding someone accountable isn’t the same thing as “cancel culture.” There’s too many people out here who haven’t acknowledged their mistakes, apologized for them, nor have they gone on to make amends; that are using “cancel culture” to shield them from accountability—do better.

Cancel culture started trending again in 2020 amid increased awareness of and opposition to racial injustice following the protests sparked by the killing of George Floyd. Discussion of cancel culture flared up in the mainstream media after the publication of a letter criticizing cancel culture in Harper’s Magazine and President Donald Trump compared cancel culture to totalitarianism.

The ongoing protests also led to renewed demands for the canceling of already controversial things such as symbols of the Confederacy, statues of Christopher Columbus, and the name of the Washington Redskins football team, which announced it would change its name after intense pressure from team sponsors.

When they throw around terms like “cancel culture” to silence me instead of reckoning with the reasons I might find certain actions or jokes dehumanizing, I’m led to one conclusion: they’d prefer I was powerless against my own oppression.
Sarah Hagi, Time, November 2019
The 'cancel culture' debate gets the fight for free speech entirely wrong
Eve Fairbanks, The Washington Post  (headline), July 28, 2020
Reconstruction was an example of cancel culture, and the only thing wrong with it is that it ended before the work of canceling confederates was complete. So too the fight against segregated businesses: to cancel bigots by costing them money. Canceling racism is proper. Always.
@timjacobwise, July 31, 2020
American Dirt is going to be used as an example of "cancel culture" for years to come and I just want to point out that it is currently the 3rd best selling book in the country. The author has not been canceled, she's just been criticized.
[gravityform id="12" title="true" description="true"][gravityform id="12" title="true" description="true" tabindex="0"]@RottenInDenmark, January 2019
SEE MORE EXAMPLES

We don’t have to call it cancel culture, but we should name the cultural norm of only holding accountable people you never liked, have been waiting to make any mistake, who you couldn’t use, or who you don’t find attractive.

There is also a general process to cancel culture. Evidence of someone, usually a public figure but also businesses, comes out of them saying something offensive, typically involving racism, sexism, or disparagement of other minority groups (LGBTQ people, immigrants, indigenous peoples, people with disabilities). This information spreads online, and social media users call for the person’s cancellation, which comes in various forms of not supporting their work in any way. The calls to cancel someone are then often met with some backlash.

Cancel culture can also apply to companies that people object to.

Dave Rubin: Chick-Fil-A stood up to cancel culture and that is why I thought they were cool.

This is not meant to be a formal definition of cancel culture like most terms we define on Dictionary.com, but is rather an informal word summary that hopefully touches upon the key aspects of the meaning and usage of cancel culture that will help our users expand their word mastery.