Feedback
woe is me
would you look at th...

What does woke mean?

Woke means being conscious of racial discrimination in society and other forms of oppression and injustice. In mainstream use, woke can also more generally describe someone or something as being “with it.”

Where does woke come from? 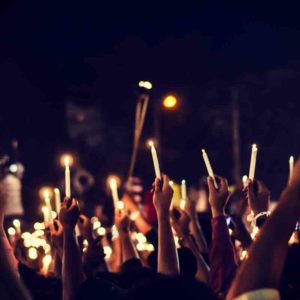 Figurative woke—being socially and politically awake, or aware—starts in emerging in Black English at least by the 1940s. A 1943 article in The Atlantic quoted a black United Mine Workers official from 1940 playing with woke in a metaphor for social justice: “Waking up is a damn sight than going to sleep, but we’ll stay woke up longer.”

By the 1960s, woke could more generally mean “well-informed” in Black English, but it still strongly aligned with political awareness, especially in the context of the Civil Rights Movement in the 1950–60s and appearing in the phrase stay woke. The term was notable enough to prompt a 1962 New York Times article commenting on black slang, titled “If You’re Woke You Dig It.” 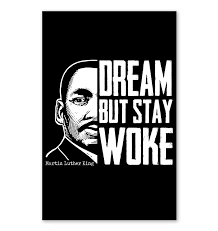 A 1972 play about the black nationalist Marcus Garvey, Garvey Lives! by Barry Beckham, notably used woke for awareness of racial injustice in the Black community: “I been sleeping all my life. And now that Mr. Garvey done woke me up, I’m gon stay woke. And I’m gon help him wake up other black folk.”

Singer and activist Erykah Badu is credited with helping to revive woke in her 2008 song “Master Teacher,” whose chorus dreams of a better, uplifted world: “What if it were no niggas / Only master teachers? I stay woke (dreams dreams).”

After Trayvon Martin, a young unarmed black man, was shot dead in February 2012, many in the black community issued calls to stay woke to the discrimination and injustice black people face in the US, particularly in the form of police brutality.

Wonder if Trayvon would be given the same benefit of the doubt as Zimmerman if the situation was reversed….Stay Woke

Especially under the hashtag “#staywoke” on social media, woke took off in 2014 with the Black Lives Matter movement, ignited by the tragic shooting of two other young, unarmed black men by police officers. Among activists, woke and stay woke were cries not just to be aware of racial injustice, but to organize and mobilize to do something about it.

Woke was quickly appropriated by mainstream white culture in the mid-2010s, to the criticism of many black observers. In many instances, woke did spread in keeping with its activist spirit, referring to awareness of other forms of injustice, such as sexism, anti-gay sentiment, and white privilege.

In other cases, though, the force of woke was diluted, the subject of humorous memes or just casually used as a label for anyone who is “with the times,” not necessarily engaged in the fight for justice and equality. This dilution especially occurred on woke Twitter, with major brands appearing to capitalize on social justice to appeal to millennials.

Now, stay woke is pretty abundant in mainstream media … everyone from Childish Gambino to Netflix is cashing in on the phrase’s popularity but also spreading its 100% important and influential meaning, as well.

Woke sometimes takes a superlative form, wokest, emphasizing the extent of someone’s wokeness, or the state of being woke.

As a result of its mainstream appropriation, woke toggles between several uses. It is still used for awareness of and activism against forms of oppression and injustice.

This article serves a good warning to the ruling class: The outrage has just begun.

Dems had better get woke to the idea that the country is #ProgressiveOrBust or revolution is coming.

Thankfully, I’ve been a strong progressive ally for literally days.https://t.co/1lSfTZ9yaP

It is also used for being conscious of “true reality” more generally, of not accepting conventional wisdom. Artificial intelligence, for instance, is often described as woke when it becomes self-aware.

Maeve isn’t the only host is is #woke! Others have known this world is not their world! https://t.co/DmTQhMsGr5
Will a peace be had? #Westworld #HBO

Woke is also sometimes just used to characterize someone as “hip” or “open-minded” as well as the source of plenty of cute puns. 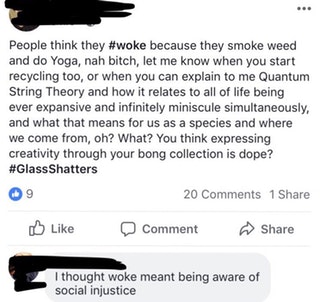 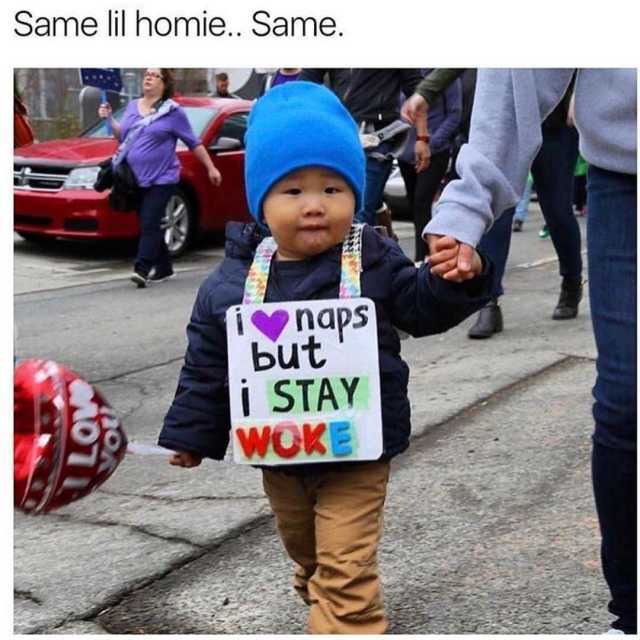 Finally, in Black English, woke can also still mean just being literally “awake,” harkening back to its roots.

This is not meant to be a formal definition of woke like most terms we define on Dictionary.com, but is rather an informal word summary that hopefully touches upon the key aspects of the meaning and usage of woke that will help our users expand their word mastery.