What does Black Panthers mean?

The Black Panther Party is a black, far-left revolutionary party founded to combat racism and empower black people in the United States. Members are called Black Panthers and they were active mostly during the 1960 to the 1980s.

Where does Black Panthers come from? 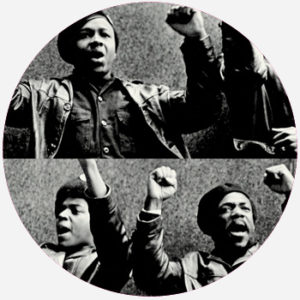 Influenced by the likes of Malcolm X, the Black Panther Party (abbreviated as BPP) was formed on October 15, 1966 in Oakland, California by activists Huey Newton and Bobby Seale. They created the party as a response to violence and intimidation against black people during the Civil Rights Movement.

The party’s initial focus was on protecting local black residents from incidents of police brutality, which had increased due to police crackdowns on civil rights protests. If party members witnessed a stop-and-search operation against a black person, they would simply stand nearby, armed with guns, and observe to ensure the police didn’t violate the civil rights of the person being searched.

The Black Panthers were frequently armed, carrying guns not to initiate violence but in an effort to defend themselves and to provide an opportunity to educate the community. Targeting the Black Panthers, the state of California responded by passing the Mulford Act in 1967, which forbade citizens to carry unconcealed, loaded weapons in public places.

An unidentified member of the Black Panthers peeks around a bullet pocked door which police blasted with gunfire during a predawn raid, circa 1969. #History pic.twitter.com/QhMmmeLHDw

The Black Panthers also set themselves apart by their socialist economic platform. They believed that economic injustice was a major cause of black oppression, and, if black Americans were to be truly free, capitalism must be dismantled. The BPP also reached out to the local black community, sponsoring a Free Breakfast for Children program, organizing food and clothing donations, and providing free medical care.

In 1969, the FBI labeled the Black Panthers a communist program and launched an offensive against it, targeting party leaders for arrest and assassination. The resulting campaign left major members of the party dead, jailed, or forced to flee the country. Later, when its tactics were revealed, the FBI issued an apology, though by the 1980s, its targeting had disrupted the Black Panther Party, and it gradually dissolved.

How the Black Panthers Breakfast Program Both Inspired and Threatened the Government. https://t.co/oCmdXwoCrm via @History pic.twitter.com/cpoIIHrVI2

Beyoncé's Black Power salute at the Super Bowl... signal demonstration of a new and very welcome seriousness of purpose in hip hop music.
Neil McCormick, The Telegraph, February 8, 2016
Jamal Joseph was 15 when he entered a BPP office in Brooklyn, New York, in 1968. Joseph was an honor student who had been radicalized by the assassination of Martin Luther King Jr. and was eager to join the Black Panthers.
Sean Elder, Newsweek, October 4, 2016
The Black Panthers’ open carry tactics led the then-Governor of California, Ronald Reagan, to enact the Mulford Act, which outlawed the public carrying of loaded firearms. Isn’t it interesting how conservatives suddenly became pro-gun control when it was black people who were open-carrying?
Claude Wilson, Daily Tar Heel, April 28, 2017
SEE MORE EXAMPLES

The influence and legacy of the Black Panthers lives on. They inspired numerous movements in name and message, ranging from LGBTQ activist groups called the Pink Panthers to Black Lives Matter. The New Black Panther Party, which has been labeled a hate group, has no affiliation with the original BPP, and some original BPP members question the legitimacy of this new party.

Although some people use the term Black Panther disparagingly as a way to disparage the more militant aspects of black political activism, the term is frequently used by black people who will self-identify as a Black Panther out of pride and black empowerment.

This is not meant to be a formal definition of Black Panthers like most terms we define on Dictionary.com, but is rather an informal word summary that hopefully touches upon the key aspects of the meaning and usage of Black Panthers that will help our users expand their word mastery.