What does Black Girl Magic mean?

Black Girl Magic and #blackgirlmagic were created to celebrate the accomplishments and general amazingness of black women. It is used as an expression of positivity and empowerment.

Where does Black Girl Magic come from? 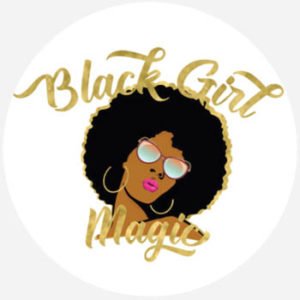 #blackgirlmagic dates to 2011 on Twitter, though it might have appeared earlier elsewhere. One writer in Teen Vogue calls #blackgirlmagic a movement. This term was used a lot in 2016, especially following Essence’s announcement in January that their February issue would celebrate #blackgirlmagic. It also got a lot of play following the release of Beyoncé’s visual album Lemonade, which is about the struggles and triumphs of black women, especially those living in the United States. Lemonade prominently features a handful of powerful and extremely accomplished black women, including the record-breaking tennis player Serena Williams, and actor and activist Amandla Stenberg.

Tara does not know how she switched her hair so fast. #BlackGirlMagic
@TamzDoll, October 15, 2013
Everyone posts Black Girl Magic as if it’s supposed to be perfect and on point, but all of us have been courageous enough to expose the messiness behind the magic…You can’t have magic without the mess.
Bex Francois, reported by Niki McGloster, “The women behind Black Girl Podcast: ‘You can sit with us’,” The Grio, January 20, 2017
[Michelle Obama has] been living proof to women and girls of color all over the world, that they are intelligent, poised, and beautiful enough to, one day, call the White House their home too. She’s fierce, she’s fly, and she’s grounded in a strong sense of identity. So if you’ve ever wondered what people are talking about when they say ‘black girl magic’, it’s FLOTUS.
Jenae Holloway, “5 Times Michelle Obama Was Peak Black Girl Magic,” Glamour, January 12, 2017
SEE MORE EXAMPLES

Both the phrase and hashtag have their fans and critics. Fans of it revel in the opportunity to recognize black women they appreciate with a catchy expression and social media friendly hashtag. Critics take issue with the fact that this phrase attributes admirable qualities of black women to the supernatural. Despite the fact that people use the term to flatter, to say that black women are using “magic” to succeed can be seen as demeaning or belittling by some.

While this phrase and hashtag are frequently used by black women, this is not always the case. In September 2016 Hillary Clinton said “…black girl magic is real” at the Black Women’s Agenda Symposium Workshop.

This is not meant to be a formal definition of Black Girl Magic like most terms we define on Dictionary.com, but is rather an informal word summary that hopefully touches upon the key aspects of the meaning and usage of Black Girl Magic that will help our users expand their word mastery.