Case of the Mondays
cat tax

What does cat lady mean?

A cat lady is a humorous and occasionally derisive slang term for a single, often older woman who owns many cats.

Where does cat lady come from? 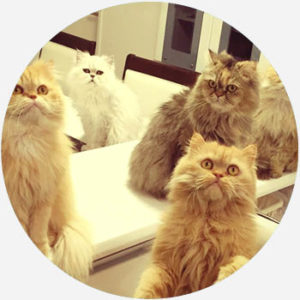 Cats and women have been linked since their ancient domestication. Four-thousand-year-old Egyptian artwork depicts women and cats together in paintings. When agriculture became a major source of income and sustenance, people brought cats into their homes in order to aid in pest control. By the 1500s, women accused of witchcraft were to said to keep cats as “familiars,” or spirits in animal forms.

The cat lady trope became popular in 19th- and 20th-century literature, used by Charles Dickens as inspiration to create the character Miss Havisham in his 1861 Great Expectations. Use of the specific phrase cat lady emerges by 1911 in a story called and about a cat lady in a weekly New York-based family magazine, The Outlook. The term started spreading in the 1960s, perhaps due to her depiction in popular media.

The 1962 novel and 1971 film A Clockwork Orange notably features a paranoid, middle-aged woman with many pet cats who is murdered by the film’s protagonist. The 1975 documentary film Grey Gardens, which focuses on two destitute, single women, may have influenced the connection between cat ladies, hermitic isolation, and hoarding. In 1998, The Simpsons gave rise to the stereotypical crazy cat lady with a character named Eleanor Abernathy, characterized by yelling nonsense and throwing any number of her many cats at people.

On a 2004 episode of Saturday Night Live, Robert De Niro portrayed a cat lady named Margie who had big plans for life until she was kicked by a horse, resulting in her succumbing to life as a cat lady. The 2009 documentary Cat Ladies defined the cat lady as a woman who was unmarried and, ultimately, deemed by society as unfit to be married. The film suggests the failed quest for love results in women seeking companionship from felines, turning them into cat ladies.

Due to changing societal expectations about marriage, the proliferation of pets in the home, and social media, once negative connotations about cat ladies have shifted. In the 2010s, cat lady has evolved from judgment to insult to a humorous term embraced by both women and men. Either sex can be labeled a cat person if they are single, or simply prefer cats to dogs, a phrase which often overlaps with cat lady.

Remembering A True Cat Lady: Volunteer Helped 1,000s Of Felines
Charlene Arsenault, Natick Patch (headline), April, 2018
Just blew a pellet of Fresh Step out of my nose. Signs of a true #CatLady.
@BritTheWordNerd, April, 2018
Vacation hookups are the best, I can spend three days of wondering what our biracial babies will look like, then BAM back to being single in the States #catlady
@Beatricegonza, March, 2018
SEE MORE EXAMPLES

Cat lady is a popular colloquial way for people to refer to a person, often female but also male, who is very fond of their pet cat(s). It’s also used, sometimes in mockery or self-identification, of young women who are single or unlucky in love. Cat lady is also sometimes used to refer to introverted people in general. It can stand in juxtaposition to the less used dog lady—and occasionally cat man or dog man. Dog, here, often connotes greater sociability.

Thanks in part to portrayals in A Clockwork Orange to The Simpsons, cat ladies are sometimes more pejoratively described as crazy, especially when they own a large number of cats or exhibit the trope’s traits of hoarding and living like a hermit.

On social media, “#catlady” is readily used by anyone who owns and loves a cat. The hashtag is often accompanied by images of the cat this self-styled “#catlady” loves. Thanks to Snapchat filters, people can now don their own cat-inspired looks and use “#catlady,” even if they are not presently owners of cats themselves.

This is not meant to be a formal definition of cat lady like most terms we define on Dictionary.com, but is rather an informal word summary that hopefully touches upon the key aspects of the meaning and usage of cat lady that will help our users expand their word mastery.