What does clickbait mean?

Where does clickbait come from?

I think it’s clickbait because yournewswire has been churning out formulaic ‘deathbed confessions’ by spies for a while.
@4tis, December, 2017
sparknotes: take a study break

me: lol you can't get me with that clickbait

@randommaggs, December, 2017
Among cynical readers given to labeling everything clickbait, there seems to be an assumption that editors and writers live and die by the number of clicks they generate.
James Hamblin, The Atlantic, November, 2014
SEE MORE EXAMPLES

Clickbait is used in speech, print, and digital communication, often as an object of criticism by legacy journalism, information and media studies, psychologists, and even some marketers. 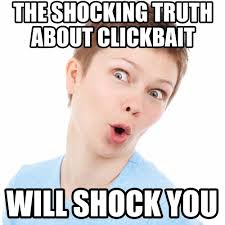 Content is not intentionally labelled as clickbait by the creator, but is instead deemed so by those who view the content. Since it’s not encouraged, saying something is clickbait carries a negative connotation. Since 2017, clickbait has been used in tandem with another internet term fake news, as fake news stories are often dressed as clickbait. 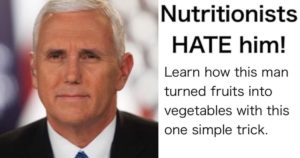 Clickbait is also associated with, and used by, internet scams or profiteering websites. Clickbait is sometimes playfully used as a verb: “That article on productivity hacks totally clickbaited me.”

This is not meant to be a formal definition of clickbait like most terms we define on Dictionary.com, but is rather an informal word summary that hopefully touches upon the key aspects of the meaning and usage of clickbait that will help our users expand their word mastery.