What does confirmed bachelor mean?

Where does confirmed bachelor come from? 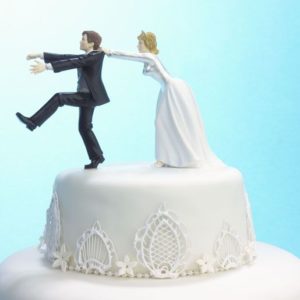 A bachelor is an unmarried man. A confirmed bachelor is one who intends to remain that way forever—he’s settled on it, he’s resolute, he’s confirmed.

The phrase confirmed bachelor became popular during the Victorian era, when it was used primarily to describe men who disliked or avoided women. The Christian Examiner, for instance, used the phrase in 1843 for a “solitary, melancholic, and monkish man.”

Another early use of the phrase was in an 1863 court trial where a man was accused of pursuing another man’s fiancée. The defendant styled himself a confirmed bachelor, claiming he had no interest in women, and that his “wife” was the armchair in the men’s club he was a member of.

I've decided to be like Clooney or Charlie Harper and just be a confirmed bachelor forever. No heartache, and always free to pass gas.

By the end of the 19th century, a confirmed bachelor began to refer to men who didn’t want to be “trapped” by marriage to a woman. An 1892 article in the British magazine Pick-Me-Up humorously noted that a confirmed bachelor‘s “idea of ever getting married is quite too absurd for anything.”

By the mid-20th century, confirmed bachelor was being used as a euphemism for “gay man.” American and British newspaper obituaries at this time—when men largely remained closeted due to stigmas against homosexuality–used language like never married or confirmed bachelor instead of terms such as “homosexual.”

This euphemism persisted into the late 20th-century, early 21st centuries even with the greater visibility and acceptance of LGBTQ people and social issues. Writing for The Independent in 1994, Helen Fielding lamented the use of the word bachelor, both as a euphemism for homosexuality and for shaming people’s decision not to marry.

In a 2011 article for the magazine Out, editor Aaron Hicklin explained that terms like confirmed bachelor imply that homosexuality is shameful—why else conceal it?

One of the biggest challenges when talking about LGBT+ history is the lack of it. LGBT+ people have been systematically removed from the historical record, or their otherness whitewashed away in phrases like "confirmed bachelor" and "just friends" #LGBTHistoryMonth

The phrase confirmed bachelor was notably used in the 2017 film The Phantom Thread, where famed dressmaker Reynolds Woodcock (Daniel Day-Lewis) describes himself as a confirmed bachelor, married only to his art (though also complicating his sexuality).

Confirmed bachelor George Clooney: Has he met his match?

In the 21st century, confirmed bachelor has widely returned to its early meaning of a heterosexual man who, for whatever reason, will likely never marry. It’s popularly used of older, attractive men seen as marriage material but who remain single.

I've decided to be like Clooney or Charlie Harper and just be a confirmed bachelor forever. No heartache, and always free to pass gas.

Some instances of confirmed bachelor embrace the status as a choice.

Overheard by the pool: “So I moved to Manhattan Beach and did the whole “I’m a confirmed bachelor” thing, but then I met my wife, a Swedish model, you know the deal, and now we have these kids” [ponits to 2 quiet boys in the water]

Others take a more self-deprecating tone, as if the man has resigned himself to being perennially single.

I wish I could figure out why I’ve been so anxious and sad about my confirmed bachelor status.

[listens to “Being Alive” for the 87th time]

When your still a confirmed bachelor and have no kids to show you #Fortnite stuff and #Minecraft stuff. 😂 pic.twitter.com/9a63GcESdM

This is not to say  that confirmed bachelor has shed its baggage.

Many instances of confirmed bachelor are knowing or ironic, calling up the hurtful, “say without saying” history of the term.

He’s a “confirmed bachelor”. That’s what he’s worried about people finding out.

John Mahoney is a, um, "confirmed bachelor" and "very private about his personal life." https://t.co/0pRLL44X9l

This is not meant to be a formal definition of confirmed bachelor like most terms we define on Dictionary.com, but is rather an informal word summary that hopefully touches upon the key aspects of the meaning and usage of confirmed bachelor that will help our users expand their word mastery.