What does Hallmark holiday mean?

Hallmark holiday is a phrase used to refer to a holiday that’s perceived as having been created or as being promoted primarily as a way to make money on things sold as part of its observance, such as greeting cards and candy.

The term Hallmark holiday is especially applied to holidays that are not tied to religious or cultural observances and whose celebration is mainly focused on giving gifts, such as Valentine’s Day, Mother’s Day, and Father’s Day, along with lesser-known or less established holidays like Sweetest Day and Boss’s Day. Such holidays are often described as “artificial” or “arbitrary.”

The term is also sometimes applied to more established holidays that are perceived as having been commercialized and whose observance has become largely unrelated to their origin or original intent.

Example: Valentine’s Day is a Hallmark holiday—I don’t need to buy someone a teddy bear to let them know I love them.

Where does Hallmark holiday come from? 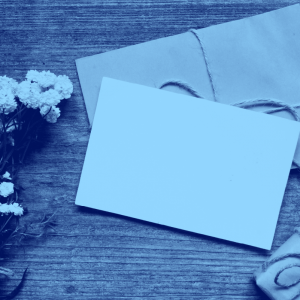 The term Hallmark holiday has been used in this sense since at least the 1980s. It’s based on the name of the US greeting card company Hallmark, which is known for offering greeting cards for many different occasions.

Use of the term is not always a direct criticism of Hallmark but often rather of the entire industry surrounding such holidays—it generally implies that a given holiday was invented (or is primarily promoted) in order to sell things.

I know Valentine’s Day is a “Hallmark holiday” but for whatever reason I love this day
@__mmmggghhh__, February 14, 2020
This Saturday is Sweetest Day and while some may brush it off as a “Hallmark holiday,” others see it as a time to show appreciation for the one they love.
Michelle Oliver, October 11, 2021

Hallmark holiday is typically used in a negative way by those who dismiss such a holiday as artificial and existing solely to promote sales of gifts like cards and candy. It’s often applied to holidays like Valentine’s Day, as well as less established ones like Boss’s Day.

National anything day makes me cringe. It’s the digital version of Hallmark holidays. 🤢

Don't forget to get those Cybersecurity Awareness Month cards into the mail. (I always have thought of it as a sort of Hallmark holiday for security PR teams.)

This is not meant to be a formal definition of Hallmark holiday like most terms we define on Dictionary.com, but is rather an informal word summary that hopefully touches upon the key aspects of the meaning and usage of Hallmark holiday that will help our users expand their word mastery.