What does I'm on a boat mean?

I’m on a Boat is a viral comedy-rap song and video about the joys of boating. People allude to the song by saying “I’m on a boat” when on boats.

Where does I’m on a boat come from? 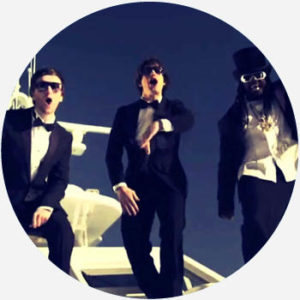 The hit single I’m on a Boat was released by The Lonely Island on February 3, 2009 and premiered on NBC’s Saturday Night Live as a Saturday Night Live: Digital Short on February 9, 2009. It features comedians Andy Samberg, Akiva Schaffer, and Jorma Taccone, alongside special guest rapper T-Pain, performing on a boat.

The digital short depicts Samberg and company as they bask in the luxury of a 221-foot “mega yacht.” Much of the song’s lyrics are bombastic and profane observations about being on a boat, such as “I’m on a boat motherfucker take a look at me, /Straight flowin on a boat on the deep blue sea.” The song and video are meant in part to parody the opulence flaunted in rap media.

I’m on a Boat became the #1 video on YouTube and the iTunes video charts shortly after its release. It received a nomination for Best Rap/Sung Collaboration at the 52nd Grammy Awards.

Examples of I’m on a boat

I'm on a boat! #irishferries doing 45 knots over the Irish Sea in a catamaran ferry ftw
@The_Rachel_W, February, 2018
Bobbing my head on the train has got passengers thinking I’m listening to some deep R’n’B when in reality I’m still blasting out ‘I’m On A Boat’ all these years later
@NathPJA, February, 2016
The Lonely Island's epic comedy song and corresponding video ‘I'm on a Boat’ came out way back in 2009. But you probably still hear it in your head (and caption your social media photos accordingly) whenever you're actually on a boat yourself. It's a timeless ditty, you might say, that just begs to remain relevant.
Tamara Palmer, Bravo, September, 2017
SEE MORE EXAMPLES

People often humorously allude to the song by declaring in speech or text I’m on a boat when actually on a seafaring vessel. The phrase is typically proclaimed in a loud or obnoxious manner, similar to Samberg’s delivery in the music video, and it is often meant to express how being on a boat is a special experience

The allusion can be both sincere and ironic, and it is frequently referenced with nostalgia. In some instances, I’m on a boat is used to anticipate upcoming boat-based trips such as cruises, possibly with a nod to the song/video.

On April 9th, 2016, Elon Musk’s SpaceX successfully landed their Falcon 9 rocket on a drone ship floating in the ocean. Shortly after, Musk tweeted (and just as quickly deleted) a video of the landing with I’m on a Boat playing in the background.

This is not meant to be a formal definition of I’m on a boat like most terms we define on Dictionary.com, but is rather an informal word summary that hopefully touches upon the key aspects of the meaning and usage of I’m on a boat that will help our users expand their word mastery.