Feedback
I’m on a boat
Iditarod

What does Idiocracy mean?

An idiocracy is a disparaging term for a society run by or made up of idiots (or people perceived as such). Idiocracy is also the title of 2006 satirical film that depicts a future in which humanity has become dumb.

Where does idiocracy come from? 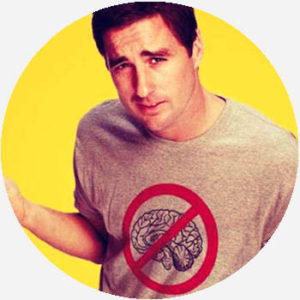 We can find idiocracy in the 1870s for “personal rule.” The -cracy part, seen in words like aristocracy or democracy, is from the Greek kratos, “rule.”

Idiocracy, as a coinage for “government run by idiots,” is found as early as the 1960s. The term was popularized, though, by the 2006 film Idiocracy though. A similar term for a government run by society’s worst is kakistocracy. Use it with your friends today … you’ll sound smart.

Directed and written by Mike Judge of Beavis and Butthead and Office Space fame, Idiocracy was released in 2006. It follows two people (played by Luke Wilson and Maya Rudolph) who awake after 500 years of suspended animation only to discover that the human race has become extremely stupid due to a commercialistic culture that discourages smart people from having children. Most memorably, Terry Crews portrays US President Dwayne Elizondo Mountain Dew Herbert Camacho, a gun-toting muscleman whose ineptitude and braggadocio make him a poor leader.

Idiocracy had a very limited release and wasn’t even screened for critics, though it earned relatively high ratings on sites like Rotten Tomatoes and built up a cult fandom. It was thrust into the mainstream, though, during and since the 2016 presidential election, with cultural observers comparing the candidacy and presidency of Donald Trump to Idiocracy. To his critics, the comparisons center on Trump’s rejection of facts, norms, and principles for nativist rhetoric as well as to Trump’s vanity and professional disinterest and his administration’s lack of preparation. 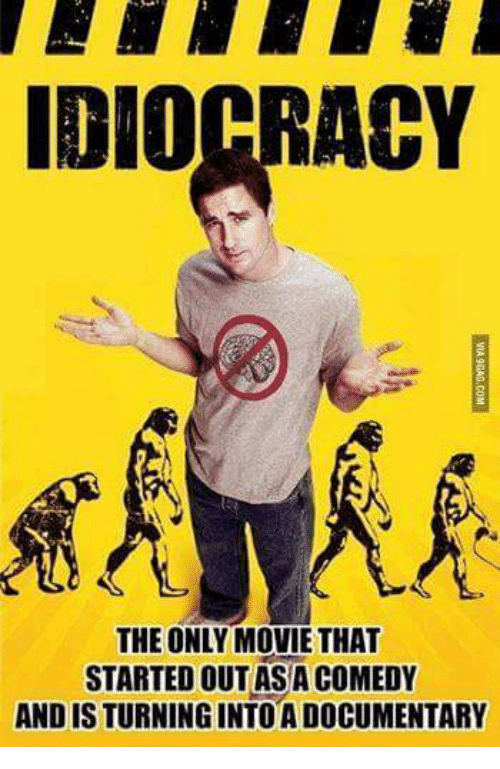 During the 2016 presidential campaign, Terry Crews hinted at reprising his President Camacho role in ads against Trump, but they never materialized (nor did talks of a sequel in 2012).

People are getting dumber, but don't expect the real world to take a sharper turn towards Idiocracy than it already has, researchers say.
Dan Satherley, Newshub, June 2018
Every day it seems more and more clear: the GOP’s embrace of Sarah Palin was the actual rubicon-crossing moment for the country. Newt Gingrich might have poisoned Congress in the 90s, but we didn’t go full idiocracy until Palin. And now we can’t go back.
@seanilling, June 2018
But when you’re lining up to emote for the cameras to assure you’re highlighted as a paragon of fake virtue on tonight’s WokeCenter, the NBA’s drastic infringement on its players politicizing the national anthem suddenly becomes “free speech.”...For in the idiocracy … err … utopia, feelings don’t care about your facts.
Steve Deace, Conservative Review, May 2018
SEE MORE EXAMPLES

In political commentary online, people often use idiocracy (or allude to the film) to criticize governments and policies they seem ill-advised, foolish, or inept in some way. On social media, the term is especially used of President Donald Trump and his administration.

I would welcome Idiocracy over this. https://t.co/oiBiJqz2OY 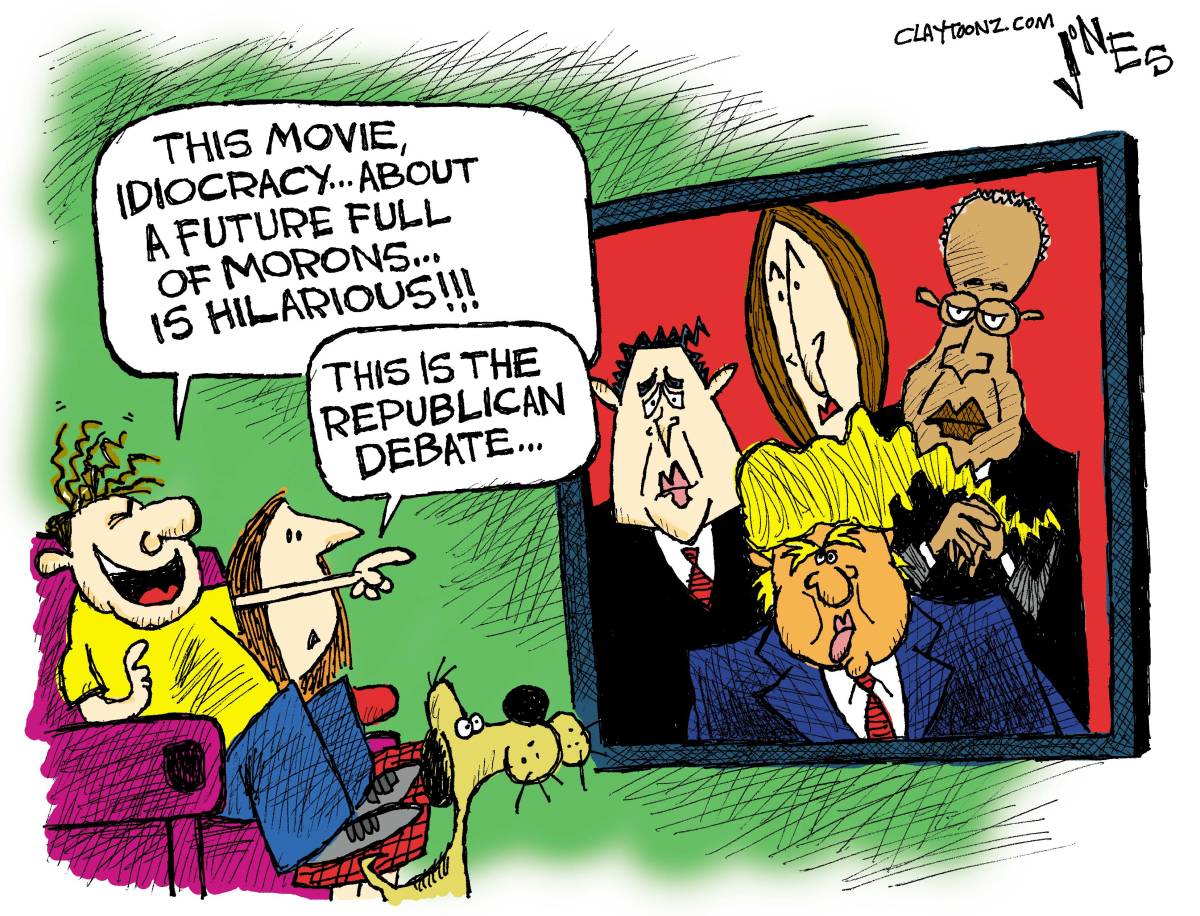 You know it is OK to have an opinion that is wrong, I have them all the time, and am always happy to discuss how wrong, but christ on a shitting bike, there are some really stupid people on Twitter#Idiocracy

And this is why I never plan to go to #Coachella Too much Idiocracy for my liking. https://t.co/UKc2QEKXeZ

This is not meant to be a formal definition of idiocracy like most terms we define on Dictionary.com, but is rather an informal word summary that hopefully touches upon the key aspects of the meaning and usage of idiocracy that will help our users expand their word mastery.