What is the Iditarod?

The length of the trail is usually around 1,000 miles. The trail varies but traditionally runs between the Alaskan cities of Anchorage and Nome.

Racers, known as mushers, race with a team of 14 sled dogs that pull their dogsled. The winner of the race usually finishes in eight or nine days.

Mushers stop at checkpoints along the way to rest, gather supplies, treat injuries, or repair damage to their sled, and veterinarians are posted at checkpoints throughout the trail to care for injured dogs. Many dogs have died during the Iditarod.

The Iditarod is nicknamed The Last Great Race.

Where does Iditarod come from? 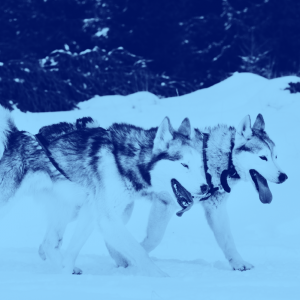 In 1967, a sled dog race was proposed to mark the 100th anniversary of Alaska becoming a United States territory. The race was planned to be run on the Iditarod Trail, which had been a route to the town of Iditarod during the Alaskan gold rush that started in the late 1800s.

The first two Iditarod races were only about 50 miles long. The modern version of the race began in 1973, with the finish line moved to Nome.

BREAKING: Mitch Seavey, 57, becomes oldest musher to win nearly 1,000-mile Iditarod Trail Sled Dog Race across Alaska.
@AP, March 14, 2017
Pete Kaiser is the first musher under the burled arch and wins the 47th Iditarod, becoming the first Yup’ik and first Alaskan Native to win since 2011! Welcome to Nome, what color truck you getting?!
@oshanada, March 13, 2019
The 1985 Iditarod was atypical. Bad weather forced race officials to stop the competition twice because it was impossible for aircraft to deliver the dogs’ food to more distant checkpoints. Consequently, mushers had to huddle together at checkpoints, seek out the homes of gracious backwoods friends, or remain in the cold.
Alice George, e , March 11, 2020
SEE MORE EXAMPLES

More information and context on Iditarod

What are other words used in discussion of the Iditarod?

This is not meant to be a formal definition of Iditarod like most terms we define on Dictionary.com, but is rather an informal word summary that hopefully touches upon the key aspects of the meaning and usage of Iditarod that will help our users expand their word mastery.