What does Instapundit mean?

InstaPundit is the name of a libertarian blog and its associated Twitter account. It is run by University of Tennessee law professor Glenn Reynolds.

Where does Instapundit come from? 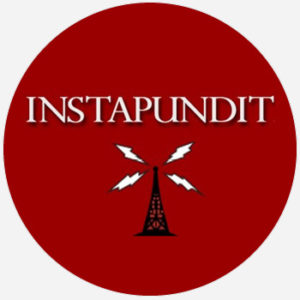 InstaPundit was launched in August 2001 as part of an experiment for founder Glenn Reynolds’s law class. When the September 11 attacks happened a month later, the blog exploded in popularity. Some even refer to Reynolds as the “blogfather” of the entire genre of blogs called warblogs. Warblogs are generally devoted to coverage of a war, often with a pro-war slant, although InstaPundit also covers events in popular culture, such as the #MeToo movement, and news in technology and economics.

Reynolds uses the site as a hub for other news and media he finds worthy of sharing as well as for the numerous columns he writes and has written for other publications (like Popular Mechanics, USA Today, and Washington Examiner). He also uses the site to promote his podcast, which usually features interviews with other writers, academics, and politicians on current issues. He describes his (and the website’s) primary interest as “the intersection between advanced technologies and individual liberty,” noting that “the vast majority of [his] writing touches on this in one way or another.”

InstaPundit (@instapundit) is now a major Twitter presence as well with 89,000 thousand followers. The Twitter account came to public attention recently when it was briefly suspended following Reynolds’s call for drivers to run down protesters blocking traffic in Charlotte, North Carolina in 2016. Because of this, InstaPundit is sometimes associated with the rise of the alt-right movement.

As Glenn Reynolds of Instapundit puts it, 'this is how you get more Trump.'
Thomas Lifsom, American Thinker, January 2018
Better to work on constantly upgrading those sorts of mechanisms than to start suspending people such as Instapundit—the Blogfather, for cripes sake!—for tweets that are not particularly offensive or deplorable.
Nick Gillespie, Reason, September 2016
@Instapundit is many things: It’s Glenn Reynolds, the Beauchamp Brogan distinguished professor of law at University of Tennessee College of Law; a contributing columnist for USA Today; and an author.
Erik Wemple, Washington Post, September 2016
SEE MORE EXAMPLES

InstaPundit is a blog of relative note and notoriety, although it tends to receive the most attention during election years.

Associated with right-wing-leaning libertarianism, the term may refer to the blog, the Twitter account, or Glenn Reynolds himself.

This is not meant to be a formal definition of Instapundit like most terms we define on Dictionary.com, but is rather an informal word summary that hopefully touches upon the key aspects of the meaning and usage of Instapundit that will help our users expand their word mastery.