What does Kilroy was here mean?

Kilroy was here, or Kilroy for short, is a popular military graffito depicting a man with a long nose peeking over the top of a wall.

Where does Kilroy was here come from? 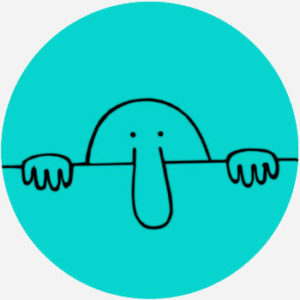 The graffito of a bald man looking over a wall—his long nose falling over its surface and fingers curled around its edge—is commonly called a Kilroy and usually accompanied by the message Kilroy was here. Its original creator is unknown, though subject to much speculation. One of the oldest known versions goes back to World War I, when Australia, New Zealand, and British forces scrawled the image all over walls, bathroom stalls, and railroad cars, but with the caption Foo was here.

British servicemen seem to have continued using this image when World War II broke out, but by then, the cartoon character was named Mr. Chad and accompanied by captions like Wot? No tea? in reference to low supplies. At some point during WWII, it appears American soldiers started drawing the popular military graffito, featuring the now-familiar tag Kilroy was here. Kilroy was here graffiti followed US soldiers across Europe, reportedly to the confusion and concern of opposing troops, who thought Kilroy might have been a spy.

Eventually, Kilroy was here outgrew its wartime origins and became a popular symbol across the US. Even in the 1940s the source of the name Kilroy was hotly debated. The American Transit Association held a radio contest to solve the mystery in 1946, with dozens of Kilroys coming forward to say they were the inspiration. The winner of the contest was a shipyard worker named James J. Kilroy, who claimed to have coined the phrase when his superiors made him continually recheck tanks he’d already inspected. By writing Kilroy was here in yellow crayon on the top of the tank, Kilroy indicated that he’d already looked over his work.

Though Kilroy was here‘s popularity faded after the 1950s, the symbol remains widely recognizable, even if many are unaware of its military roots, and Kilroy graffiti has been spotted in many unusual places all across the globe. The phrase itself has been variously used in popular media, including the 1983 Styx album Kilroy Was Here.

Examples of Kilroy was here

I remember seeing "Kilroy Was Here" well into the '50s.
@WHurensohn, December, 2015
My favourite random fact of the day: the World War II Memorial in Washington, DC, has a "Kilroy Was Here" incorporated into the design...
@JHGRedekop, December, 2017
The 12-ounce [beer] can design they came up with features the black silhouette of six soldiers appearing to be looking up at the Kilroy character, along with the AMVETS logo and the phrase, “Honoring, Representing and Serving our Military and Veterans since World War II.”
Jeannie Wiley Wolf, The Courier, June, 2017
SEE MORE EXAMPLES

Who uses Kilroy was here?

Due to its association with military service, Kilroy was here is often referenced as a point of nostalgia, pride, and camaraderie among veterans as well among some civilians. The popular press sometimes alludes to Kilroy was here as a cultural touchstone for US soldiers’ lived experiences of the far-flung wars of the 20th century, especially World War II.

The graffito is still drawn and spotted across the world, both in tribute and continuation of the classic meme. The character also appears in internet images, paintings, cartoons, and merchandise. Sometimes, people substitute their own name in the tagline after doodling the image for a personal touch (e.g., Phil was here).

This is not meant to be a formal definition of Kilroy was here like most terms we define on Dictionary.com, but is rather an informal word summary that hopefully touches upon the key aspects of the meaning and usage of Kilroy was here that will help our users expand their word mastery.