What does Kings Cup mean?

Kings Cup is a drinking game based on drawing playing cards and performing various drinking-based actions assigned to them.

Where does Kings Cup come from? 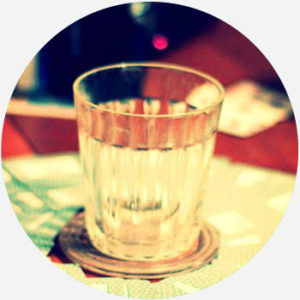 Also known as Kings, Circle of Death, and Ring of Fire, Kings Cup is a popular icebreaker or past-time at college or house parties.

While the name and rules vary widely, the set up is the same. A ring of cards is arrayed around an empty cup, called the Kings Cup. Players take turns drawing the cards and performing the action. For instance, if a player draws a two (“Two is You”), that player can point to anyone at the table, who then must take a sip of their drink. Seven is often “Seven is Heaven,” where the last person to get both hands in the air must drink. Whenever someone draws a king, all players pour a little of their beverage into the cup. The person to draw the final king in the deck must chug down the contents of the cup—i.e., the not-so-regal Kings Cup.

The origins of the game, not unlike beer pong, are obscure, though anecdotal accounts claim that the game was created on college campuses in the 1950s. The term was first entered on Urban Dictionary in 2004 and was notably alluded to in the chorus of singer Charlee Remitz’s 2015 song, “King’s Cup”: “You’re playing games like them kids playing King’s Cup.” The game is now commercialized, with companies such as Loaded Kings and Red Pong Cup now selling special water-proof cards designed for the game. Many online guides provide the rules to the game, most calling it Kings Cup.

Kings Cup can get dangerous at times.. last night was one of those times
@Naylor22, March, 2018
Kings cup, I got the king. After every sentence they had to say “I love Cha’e.” Best rule ever 😂 😂 😂
@chae_lynn. March, 2018
Earlier this week, I went to the party of my friend Pauline. We played Kings Cup by the most interesting compromise of rules I have ever played by.
James, California Abroad, November, 2014
SEE MORE EXAMPLES

The name and rules of Kings Cup vary, and the game has a reputation for silly house rules and inside jokes. It is associated with college parties or nostalgic house parties, and it is colloquially referenced as such in speech and writing. Public health officials discuss Kings Cup in the context of binge-drinking and alcohol poisoning. They classify it as a chance game, which relies on random events (here, the drawing of cards) to stimulate drinking to levels which can be very harmful to one’s health and safety.

This is not meant to be a formal definition of Kings Cup like most terms we define on Dictionary.com, but is rather an informal word summary that hopefully touches upon the key aspects of the meaning and usage of Kings Cup that will help our users expand their word mastery.