What does Klystron 9 mean?

Klystron 9 is the name of a powerful Doppler weather radar. It is owned and operated by Bay News 9, a cable television network based in St. Petersburg, Florida.

Where does Klystron 9 come from? 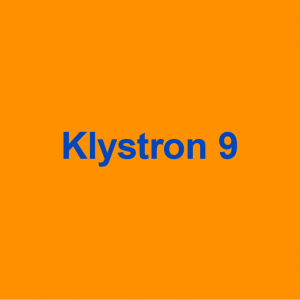 In 2009, Bay News 9 unveiled Klystron 9. Folks who were hoping it was the name of a laser-shooting mega-robot or home planet to advanced alien life forms were sorely disappointed. No, it was an updated version of their current Doppler radar, used by meteorologists to predict and analyze weather patterns, such as storms or temperature fronts.

At its debut, the network boasted the Klystron 9 as “the most advanced, most powerful, highest resolution broadcast weather radar in the world.”

The name Klystron 9 is derived from radar’s klystron tube, a special kind of electron vacuum tube that amplifies radio frequencies, and the 9 in Bay News 9.

Klystron 9 is well known in Florida, even in areas further removed from the Tampa Bay area where the radar is based. It is also notable for the jingle that plays to introduce images or information from Klystron 9.

bar conversation with mike "yeah bay news 9 is great they have klystron 9" HA HA
@KatherineSinner, January 4, 2015
Although there tends to be better coverage during the afternoon, keep a close eye on Klystron 9 if you have outdoor plans.
Josh Linker, Bay News 9, May 14, 2018
Storms are possible early in the Gulf and at the coast, with the onshore wind pattern. So, if your plans include a morning walk on the beach, keep a close eye on Klystron 9 early today.
@BN9, August 16, 2020
SEE MORE EXAMPLES

Many Floridians rely on Klystron 9 for weather news, especially if they live in the Tampa Bay area.

I'd like to thank my family, my friends, the weathermen, Klystron 9, and most importantly Hurricane Matthew for this 4 day weekend

Klystron 9, and its signature jingle, is a common enough reference in Florida that it even appears as a punchline.

This is not meant to be a formal definition of Klystron 9 like most terms we define on Dictionary.com, but is rather an informal word summary that hopefully touches upon the key aspects of the meaning and usage of Klystron 9 that will help our users expand their word mastery.