What does Miss Mary Mack mean?

Miss Mary Mack is a fictional character from a popular children’s rhyme, commonly associated with a clapping game.

Where does Miss Mary Mack come from? 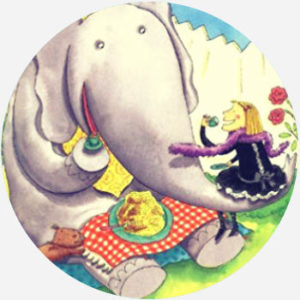 A children’s singing and clapping game whose words have varied greatly by time and region, some of the most popular verses of Miss Mary Mack go:

He jumped so high high high
He touched the sky sky sky
And he never came back back back
Till the fourth of July-ly-ly.

It is unclear exactly where the name Miss Mary Mack came from and who Miss Mary Mack is. One popular, though unsubstantiated, origin story points to a passenger, Ms. Mary Mack, who tragically went down with the Titanic.

Another theory holds that Miss Mary Mack began as a slave children’s clapping game encoded with references to freedom, as many spiritual and work songs were during slavery. The theory identifies Miss Mary Mack as the Merrimack, a Union ship that fought Confederate forces during the Civil War. The ship was black with silver rivets, code for the black dress with silver buttons Miss Mary Mack wears in the chant. The elephant in the rhyme is said to be a reference to the original Republicans, party of Abraham Lincoln and abolitionism, jumping the fence, or crossing the Mason-Dixon Line, to help free the slaves.

It is also possible that Miss Mary Mack comes from the slang meaning of mack for a “pimp” or “flirting,” dating back to the late 1800s. This theory makes Miss Mary Mack a prostitute.

Regardless of its exact origin, the rhyme was firmly established as a black children’s clapping games by the 1920s. By the 1970s, Miss Mary Mack had become associated with—or stereotyped as—a low-income, black children’s game.

Miss Mary Mack, / All dressed in black, / With a collard root ball / Stuffed in her sack. #FarmLife
@GoodandWill, March, 2018
I know I'm not the only one to notice it but these gas prices jumped up higher than the elephants in Miss Mary Mack
@Willy2Wise_4U, August, 2017
“I’m very black” is sung soulfully in a rhythm that is reminiscent of the childhood clapping game, “Miss Mary Mack.” The entire chorus is sung in this rhythm, but instead of silver buttons, 50 cents, and elephants, the voice sings of fighting back for fallen brothers and refusing to be sent back.
Yoh Phillips, DJBooth, July, 2016
SEE MORE EXAMPLES

As one of the most popular and best known children’s clapping games, Miss Mary Mack is nostalgically alluded to in colloquial speech and writing. The first few, and most popular, verses are also often riffed on in jokes. These jokes typically reference Miss Mary Mack‘s fashion sense (e.g., That moment you realize Miss Mary Mack all dressed in black with silver buttons all down her back was most definitely emo) or play with the song’s structure and rhyme (e.g., Miss Mary Mack Mack Mack throw that ass back back back).

This is not meant to be a formal definition of Miss Mary Mack like most terms we define on Dictionary.com, but is rather an informal word summary that hopefully touches upon the key aspects of the meaning and usage of Miss Mary Mack that will help our users expand their word mastery.