What does Pajiba mean?

Pajiba is a left-leaning film review and social commentary blog founded in 2004.

The name Pajiba is a nonsense word meant to sound sexually suggestive.

Where does Pajiba come from? 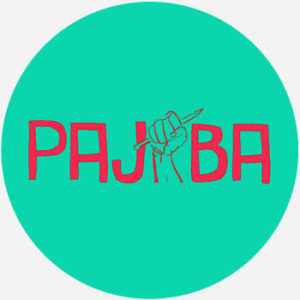 The word Pajiba was made up by the site’s co-founder Dustin Rowles as part of an inside joke with co-founder Timmy Fairlane in the 1990s. He said they each made up a word and asked people which of the two words they preferred after claiming each had sexual meanings. Pajiba, apparently, is meant to evoke vagina. Rowles later boasted to his friend that his word was so superior that he would one day name his company Pajiba—and in 2004, he founded a website, which he called Pajiba.

Initially, Pajiba focused on providing sharply critical movie reviews, which remains a core part of the site’s content. Since then, it has grown to cover politics and culture. Pajiba is infamous—and celebrated—for its scathing film critiques and makes an effort to be controversial in them. Due to the intentionally negative nature of its film reviews, they are not considered an approved publication by the movie-review aggregator, Rotten Tomatoes.

We're discussing pretty people/Branagh's Must Ado over on @pajiba so there goes my afternoon.
@samanthaklein, March, 2018
Kristy Puchko praised the film in a review for Pajiba, noting that the “absence of spoken dialogue pushes Krasinski to tell a more visual story.”
Oliva Goudy, Herald-Standard, April, 2018
Both the most measured and also the most ludicrous of these complaints came in the same piece from Dustin Rowles at Pajiba, one of my favorite pop culture sites.
Sonny Bunch, The Washington Post, April, 2017
SEE MORE EXAMPLES

The term Pajiba is almost exclusively used in reference to the website and in the context of film media and journalism.

Pajiba is known for its colorful and idiosyncratic in-house terminology as well as its caustic comment section, where frequent commenters refer to themselves as The Eloquents.

This is not meant to be a formal definition of Pajiba like most terms we define on Dictionary.com, but is rather an informal word summary that hopefully touches upon the key aspects of the meaning and usage of Pajiba that will help our users expand their word mastery.