What does Shadman mean?

The term Shadman refers to the pornographic and explicit webcomics of Swedish artist Shaddai Prejean, who goes by the online handle Shadbase.

The Shadman meme is used as a reaction to the shocking nature of his artwork.

Where does Shadman come from? 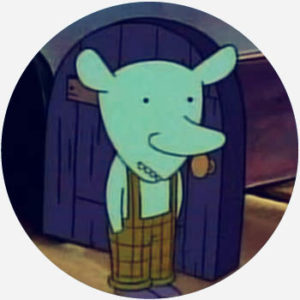 Starting around 2009, his artwork gained notoriety for its shock value on the websites Newgrounds and 4chan. Over time, pockets of users, especially on 4chan, began objecting to the extreme and often grotesque images created by Shadbase. Shadman became a nickname for the artist and is used in online forums as a disgusted reaction when users variously encounter his work, i.e., “Ugh, Shadman!”

shadman is trash, stop posting him
@Comrade_Yuo, January, 2018
it'd be really funny if shadman worked his way into becoming a political cartoonist and became the next ben garrison
@trenodin, January, 2018
Except Shadman—Marshall Shadders as it’s listed on his YouTube page, though likely not his real name—isn’t known for his vocal enthusiasm for the Shrek band, he’s an artist who’s best known for drawing lolicon (meaning prepubescent women in sexualized scenarios) versions of popular characters from video games and politics. Yikes!
Bryan Menegus, Gizmodo, June, 2017
SEE MORE EXAMPLES

On 4chan, the meme >Shadman (the “greater-than” symbol a forum convention used to imply derision) is used to express humorous revulsion toward Shadbase’s artwork. The meme is usually accompanied by an image or animated GIF from the 1990s Nickelodeon cartoon CatDog. The most popular example features the character Winslow T. Oddfellow entering and then immediately exiting a room after becoming disgusted. It’s the equivalent to the internet slang Nope or Do Not Want. The meme serves as an acknowledgement of Shadman’s infamous artwork, which can be difficult to stomach.

Outside its use as a meme, Shadman can also be used as a modifier for Shadbase’s work (e.g., Shadman comics). A particular comic by Shadbase, however, isn’t referred to as a Shadman.

This is not meant to be a formal definition of Shadman like most terms we define on Dictionary.com, but is rather an informal word summary that hopefully touches upon the key aspects of the meaning and usage of Shadman that will help our users expand their word mastery.