What does Sharma mean?

Sharma is a common Indian and Nepalese surname.

Where does Sharma come from? 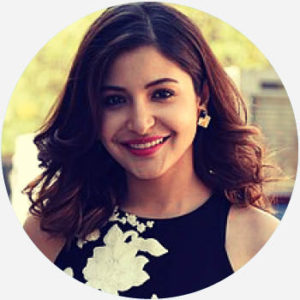 The last name Sharma is most commonly found among people of Indian and Nepalese descent. It comes from Sanskrit roots variously meaning “bliss,” “happiness,” or “warmth.” The name is historically associated with the Brahmin (priest and teacher) caste, but many contemporary families bear the name across social classes—and across the globe.

Many well-known people have had the last name Sharma. Examples include Bollywood actor and model Anushka Sharma, professional cricketer Rohit Sharma, and Shankyar Dayal Sharma, the ninth president of India.

Given that Sharma is common among people of Indian descent, sharma has sometimes been used in the 2000s as a slur for Indian people who are seen to be “acting black.”

Duet with @ipriyanksharmaa He is too cute😍🙈Why so cute Mr Sharma??
@RezwanaSopna, April, 2018
Archie Panjabi, who played early fan favorite Kalinda Sharma, took her sassy investigator boots and endless supply of cute leather jackets and booked herself a one-way ticket out of Chicago.
Joanna Robinson, Vanity Fair, April, 2015
He is in need of lady luck but even having girlfriend Anushka Sharma on the sidelines has not helped Virat Kohli with the bat. The batsman, who was reportedly spotted with girlfriend Anushka Sharma outside Team India's hotel in London, has scored just 34 from four innings against England - his latest being a golden duck at Lord's.
NDTV Sports, July, 2014
SEE MORE EXAMPLES

As noted, Sharma is a widespread given name in India and Nepal, and among the many people who come from those countries. Writers may use Sharma for Indian and Nepalese characters in fiction.

Calling a person Sharma just because you think they are Indian is extremely offensive.

This is not meant to be a formal definition of Sharma like most terms we define on Dictionary.com, but is rather an informal word summary that hopefully touches upon the key aspects of the meaning and usage of Sharma that will help our users expand their word mastery.