What does Shine Theory mean?

Shine Theory posits that powerful women would be more successful if they cooperate rather than compete against one another.

Where does Shine Theory come from? 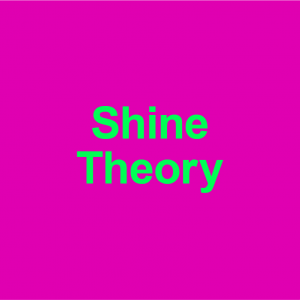 Shine Theory was coined by friends Aminatou Sow and Ann Friedman and first discussed in 2013, including in a column for The Cut. In this column by Friedman, she describes Shine Theory as the idea that “I don’t shine if you don’t shine,” using the word shine here as a shorthand for performing very well. According to this theory, people, and women especially, benefit much more by striving to collaborate with talented peers rather than succumbing to envy or jealousy and competing against them.

Friedman cites Destiny’s Child member Kelly Rowland as someone who didn’t practice Shine Theory and was overwhelmed with bitterness over the solo success of former group-mate Beyoncé, and suggests Rowland has yet to realize that Beyoncé’s success could also benefit her.

According to Friedman, Shine Theory is specifically wise for women, who have disproportionately low representation in high-level corporate and leadership positions. Among other factors, Friedman attributes this to the idea that powerful women often believe there is “limited space” for women in high-ranking positions, and so competition, rather than cooperation, is necessary for success. Friedman argues that powerful women should cooperate and encourage their peers to be successful for the benefit of all. She also thinks Shine Theory is applicable to life in general, such as with relationships and body-image issues.

In the years after Friedman first wrote about Shine Theory, major news outlets, including the BBC and HuffPost, have covered Shine Theory and found evidence for Friedman’s theory. According to the BBC and Time, the female staffers working in the White House during the Barack Obama presidency (2008–16) practiced—and found great success with—Shine Theory.

Shine theory: collaboration as opposed to competition #podcast #WDNConnect #womeninleadership #callyourgirlfriend
@kristinhull, November 9, 2018
Unlearning all my instincts to resent/compete with/take down other young women more successful than me because shine theory is very real
@bottrill, February 19, 2015
Since 2016, in a national climate in which women feel increasingly embattled, solidarity has become a potent tool of resistance rather than simply a workplace tactic; Pennsylvania’s new congresswomen were practicing Shine Theory on the political stage.
Eliza Griswold, The New Yorker, November 7, 2018
SEE MORE EXAMPLES

With the rise of the #MeToo movement (which Friedman supports) and the presidency of Donald Trump (not so much), Shine Theory has become a frequent topic in discussions of gender equality.

"When women hold themselves and each other to excellence, they deliver deeply." When we rise, we all rise together! I fully believe in the Shine theory! :) https://t.co/upbKY9EAtW

It’s also become a popular framework for women to think about issues concerning women in the workplace and public life more broadly.

The Shine Theory is based on the premise that I don't shine if you don't shine. A collaborative culture over a competitive one is the way to success! https://t.co/cX3BZcmRWL

In 2020, Friedman and Sow released the book Big Friendship: How We Keep Each Other Close.

This is not meant to be a formal definition of Shine Theory like most terms we define on Dictionary.com, but is rather an informal word summary that hopefully touches upon the key aspects of the meaning and usage of Shine Theory that will help our users expand their word mastery.