What does Wonkette mean?

Wonkette is a US political news and commentary website known for its satire and gossip.

The term wonkette can also be a slur for a lesbian or a woman who occasionally sleeps with other women.

Where does Wonkette come from? 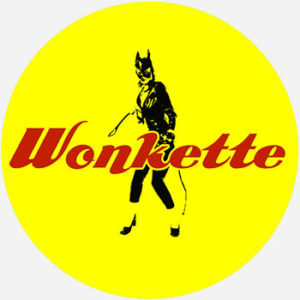 Wonkette was founded in 2004 as part of the Gawker media network, with writer and blogger Ana Marie Cox as its founding editor. Its name is a feminine play on wonk, here used as slang for an “over-studied person,” especially in politics. The website rose to prominence for its publication of the story about a congressional staffer who had an affair with a member of Senator Mike DeWine’s staff. It gained further traction with its coverage of the 2006 US midterm elections.

Considered liberal in its viewpoint, Wonkette earned a reputation for its scathing and satirical criticism of the mainstream media and DC-area affairs. And, it has earned much criticism of its own, especially after it ran a 2011 blog post making fun of a child of Sarah Palin who has Down Syndrome. Sold by Gawker in 2008, Wonkette continues to stay abreast of political news, using internet slang and memes in its commentary.

Wonkette, however, has a very different meaning outside the website. It is used as a derogatory slang term for a lesbian, especially a heterosexual woman who occasionally engages in sex with other women, typically when intoxicated. The slang term appears to be relatively new, first entered on Urban Dictionary in 2007. This sense of wonkette may originate as a feminine form of wonk, here a 1940s insult for an effeminate or gay man. Alternatively, wonkette may imply, coarsely, such a woman is wonky in that she unreliably exhibits heterosexual and homosexual behaviors.

Well I don’t know if I would call myself gay, but yes, I would definitely call myself a wonkette. On Fridays.
Nora Mueller, (direct quote)
It’s obvious the stress of being a wonkette has driven her completely mad, driving her into the arms of delusion and hallucination, causing her to become another knee-bound slave to the insanity of Yahweh madness.
kauaiislander (blog comment), Why Evolution is True, March, 2015
This is why I love Wonkette, the gossip blog that refuses to die. Wonkette is Bush-era liberalism frozen in amber, motionless and immortal, forced to passively observe a changing world until the end of time. Why does it still exist? Hard to say. But as long as it is here, we must celebrate its inanity.
Alex Nichols, The Outline, November, 2017
SEE MORE EXAMPLES

Wonkette is well-known and can be a polarizing source of political humor and commentary. It is mainly referenced (or criticized) by members of the media, bloggers, and other politics junkies. A writer or employee of Wonkette can also be referred to as a wonkette.

This is not meant to be a formal definition of Wonkette like most terms we define on Dictionary.com, but is rather an informal word summary that hopefully touches upon the key aspects of the meaning and usage of Wonkette that will help our users expand their word mastery.