What does kairos mean?

Translated as “the right time” from Ancient Greek, kairos variously refers to an “opportune presentation” in rhetoric and a “spiritual opportunity” in Christian theology.

Kairos also refers to a Catholic retreat program, a popular dragon character in a mobile game, and an artificial intelligence software company.

Where does kairos come from? 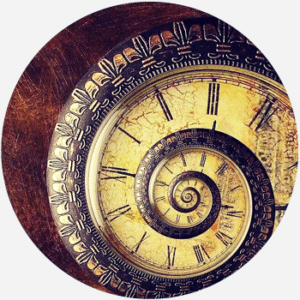 The word kairos comes from an Ancient Greek term translated as the “right time” or “opportune moment” to do or say something, which historians distinguish from chronos, understood as “clock time.”

The concept of kairos figures in classic and contemporary rhetoric. In addition to the trio of logos, pathos, and ethos (reason, feeling, and character) for effective argument, some scholars include kairos, delivering a speech at the right time and place in the right way for the particular audience.

Kairos plays a prominent role in Christian theology, the term appearing in philosopher Paul Tillich’s 1936 Interpretation of History, where he discusses kairos as “God’s time” and the “fullness time.” Tillich’s kairos is ultimately based on the term’s frequent use in the New Testament of the Christian Bible for “an appointed time” God had chosen for something to occur—and understood in Christian practice as an opportunity to serve their Lord.

In the 1970s, the Christian kairos inspired a Catholic retreat program, known as Kairos. Notably conducted for Jesuit high school and college students, Kairos retreats involve up to 40 people over 3 nights getting to know themselves and one another in a spirit of Christian fellowship. A highlight for many Catholic youth, the retreat possesses an aura of mystique, as participants are asked not to share what goes on at Kairos with those who have not yet attended.

In 2012, a popular app-based game, DragonVale, introduced the character Kairos, the Legendary Dragon of Time who lives on the Perch of Kairos. Drawing on the Ancient Greek roots of the word, the blue-and-gold dragon can magically bend and accelerate time, enabling players to perform key game actions more quickly.

I FINALLY SUMMONED KAIROS OH MY GOD #dragonvale #finallywhatthehell
@Alicia_Lynne_, June, 2015
I can’t wait for people in my class to go on Kairos so they can understand why we are all so happy
@juliap1313, April, 2018
Life requires both chronos and kairos. Most of the juice, however, is in kairos. Humans are addicted to it. We want our magic moments. And we get them. The heroes of our action movies dramatize it. The singers of our songs melodize it. Evangelists preach it. Advertisers pitch it. The modern news media is a kairos factory; everything must always be at stake. And political speech, especially near elections, is all about declaring that we live in a special moment in which everything depends on our very next choice.
Sam Anderson, The New York Times Magazine, August, 2015
SEE MORE EXAMPLES

In general speech and writing, kairos is sometimes used as a learned term for “perfect timing” or a “propitious moment” to perform an action or bring something into being.

The rhetorical kairos is used in formal academic contexts, especially in rhetoric and composition studies and coursework. Marketing and advertising texts and presentations sometimes draw on the rhetorical kairos to help brands “seize the moment” in achieving a sale.

Christian scholars also discuss kairos, though the term there is more familiar in Catholic education with respect to the retreat program. Kairos is especially known to Jesuit high-school students, who talk about “going on Kairos,” though versions of the retreat are offered to other groups, notably prison inmates.

Enthusiasts of DragonVale may casually discuss the dragon Kairos, often providing guidance on how to summon the creature or celebrating when they have.

The facial-recognition app Kairos went viral on social media in 2017, with many people sharing how they were impressed with the technology and others lamenting where it fell short. Still others had fun deceiving the app by using pictures of cartoon characters and cats. According to the app, for instance, Elsa from Frozen, is 65% Asian. As of 2020, this app no longer exists.

This is not meant to be a formal definition of kairos like most terms we define on Dictionary.com, but is rather an informal word summary that hopefully touches upon the key aspects of the meaning and usage of kairos that will help our users expand their word mastery.