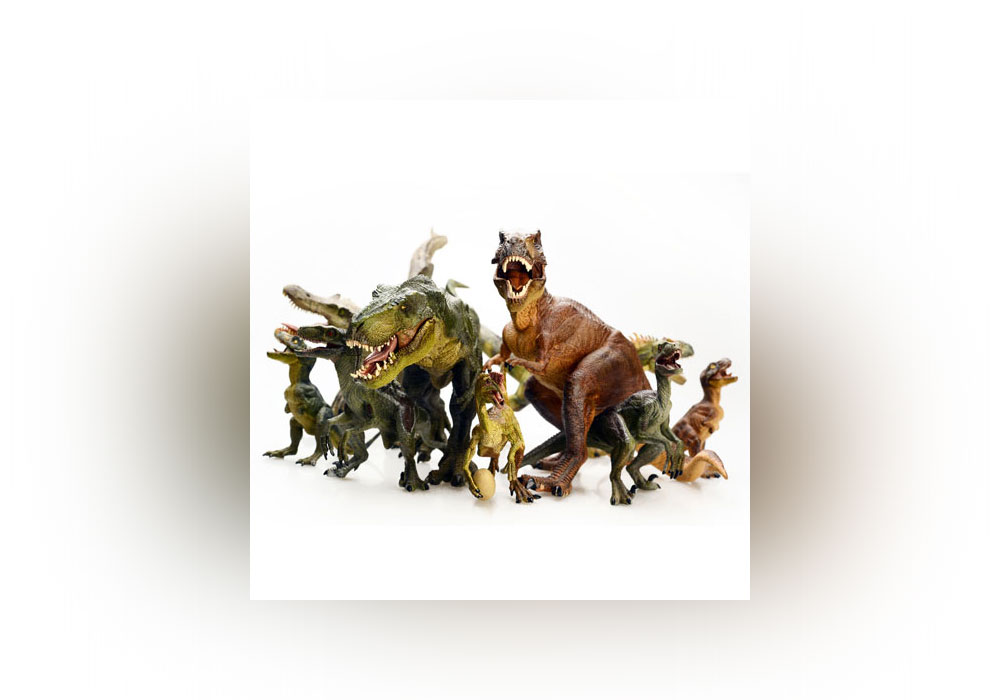 They may have roamed the earth millions of years ago, but the word dinosaur has been with us for a relatively short period of time. In 1841, the British paleontologist Sir Richard Owen proposed the name Dinosauria, derived from Greek words deinos meaning “terrible; fearfully great” and saûros meaning “lizard,” to refer to a suborder of extinct reptiles, some of which are the largest known land animals to ever inhabit our planet. In the 1950s, dinosaur picked up the figurative sense of “something that is anachronistically outmoded, or unable to adapt to change.” 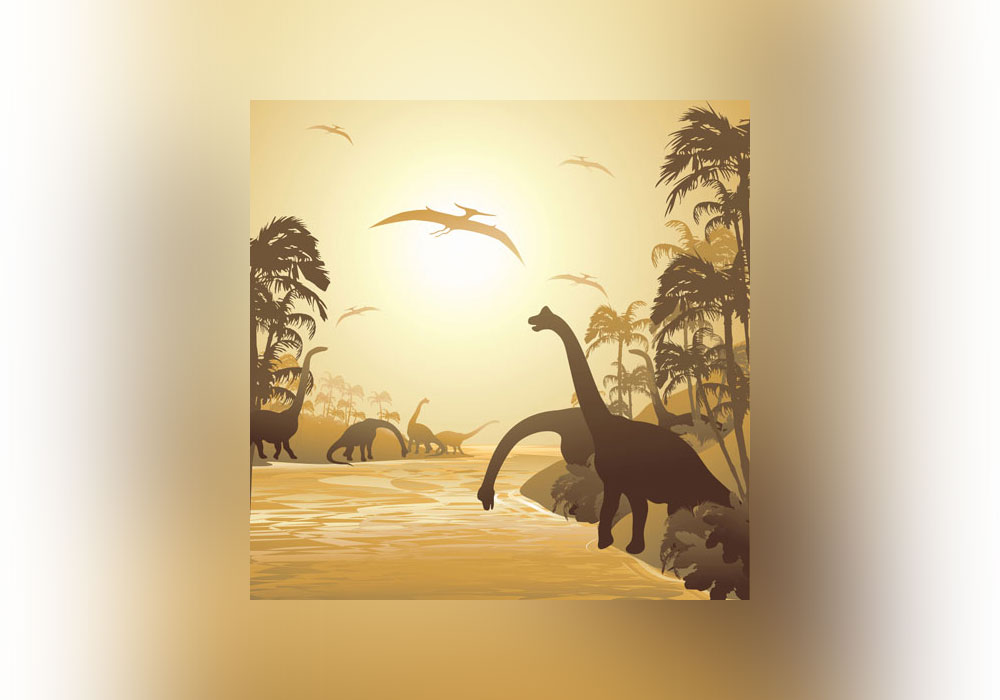 This term refers to a period of time 200 million to 146 million years ago marked by an abundance of dinosaurs as well as the first appearance of birds and mammals. It is one chapter of the Mesozoic era, which occurred between 252 and 66 million years ago and saw both the rise and extinction of dinosaurs. The Jurassic era gets its name from the Jura Mountains, which border France and Switzerland; the fossil-rich limestone formations of this mountain range were estimated to have taken shape in the aforementioned time period. 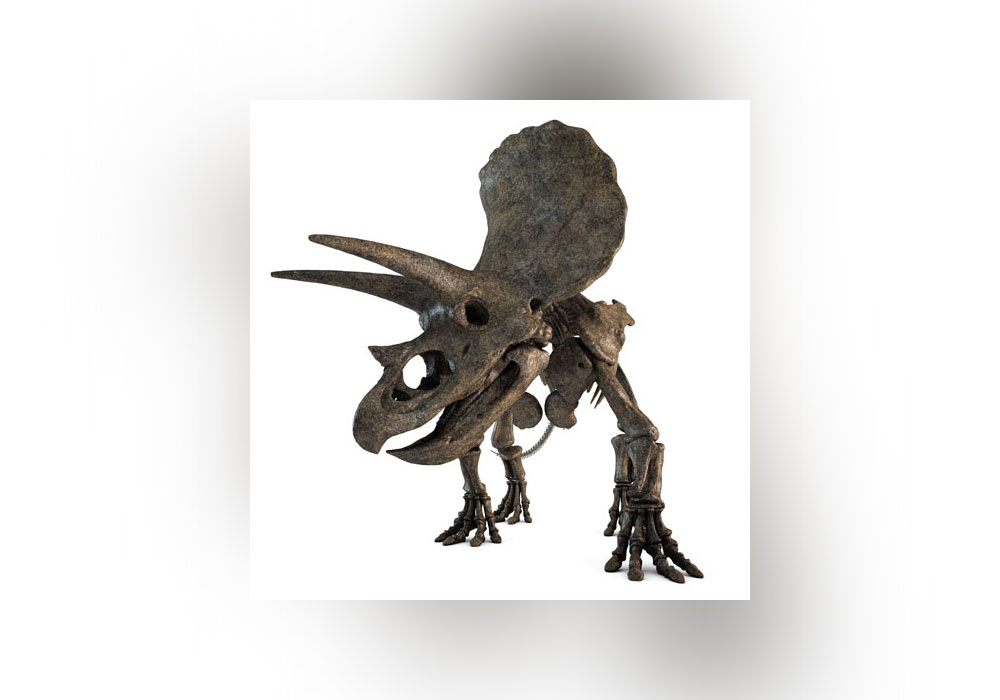 One of the most recognizable dinosaurs of the late Cretaceous period, which followed the Jurassic period, is the triceratops. This distinguished beast is known for having a bony crest on the neck, a long horn over each eye, and a shorter horn on the nose. Its name comes from the Greek terms trikératos meaning “three horned” and ṓps meaning “face” or “eye.” 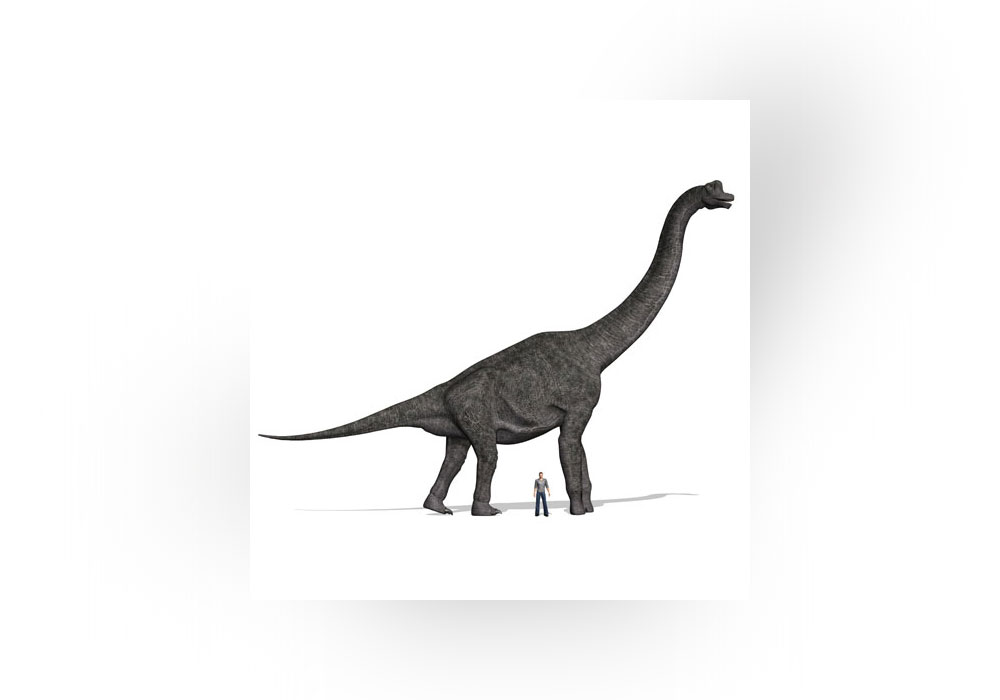 A brachiosaur would be easy to spot in a crowd thanks to its signature long neck. These massive dinosaurs (about 80 feet long) had nostrils above their eyes and long forelegs. Much like modern giraffes, the herbivorous brachiosaur used its height to reach vegetation in trees. Brachiosaurus comes from the Greek words brachī́ōn meaning “arm,” in reference to its long front legs, and saûros meaning “lizard.” 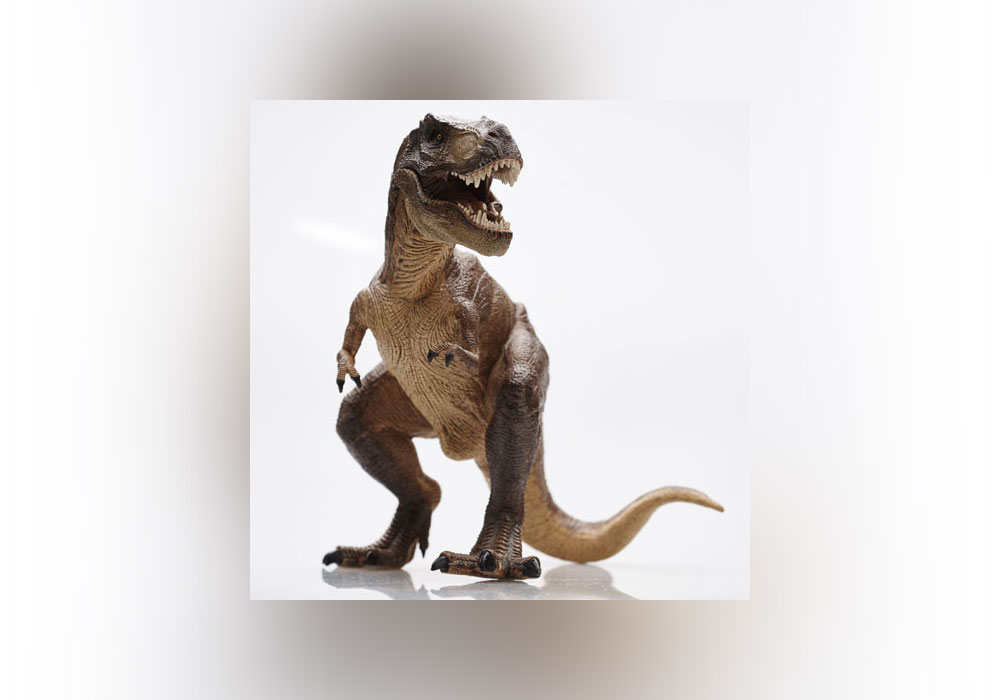 The tyrannosaur, specifically the Tyrannosaurus rex, is possibly the most famous of the dinosaurs. This large, carnivorous predator had relatively small forelimbs for a creature that could grow to lengths of 47 feet, leading paleontologists to believe that the tyrannosaur relied mainly on its speed and jaw strength to hunt. Tyrannosaurus rex is often translated as “the king of the tyrant lizards” from its Greek and Latin roots: týrannos is Greek for “tyrant” and rēx is Latin for “king.” 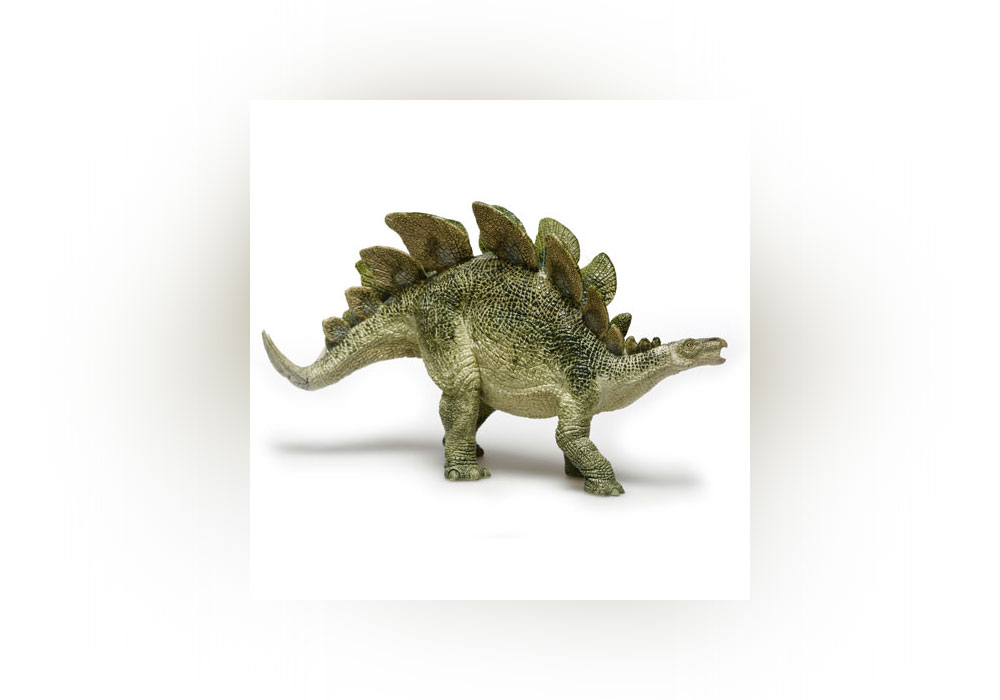 The stegosaur, which gets its name from the Greek stégos meaning “covering; roof,” was an herbivore with horizontal spikes on its tail and a double row of large, bony plates on its back. This dinosaur, although it could grow to a length of 20 to 40 feet, had a brain the size of a walnut. 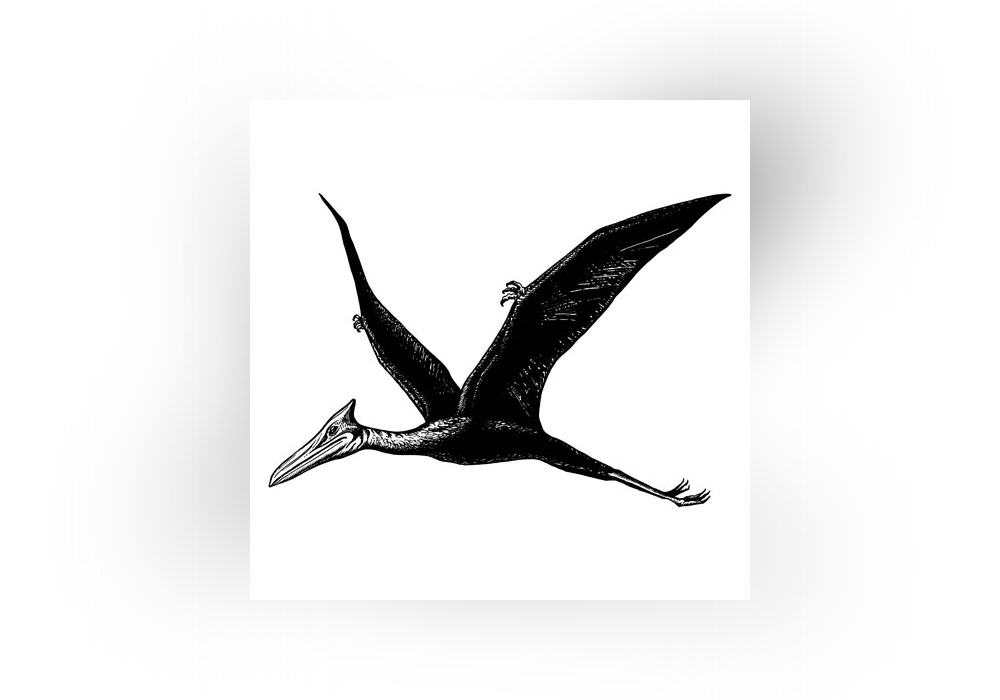 The pterodactyl is one of the most well-known (and, thanks to the silent first letter of its name, most often misspelled) prehistoric creatures. Pterodactyl is the colloquial name for these flying reptiles, but it was first used for one specific pterosaur, Pterodactylus antiquus, and is not applicable to other pterosaurs. The so-called pterodactyl was not technically a dinosaur, although it lived among them during the Jurassic and Cretaceous periods. It had a short tail, a slender head and neck, a birdlike beak, and a wingspan of about 25 feet. These massive wings extended from its elongated fourth fingers, earning it a name that combines the ancient Greek pterón “wing” and dáktylos meaning “finger” or “toe.” 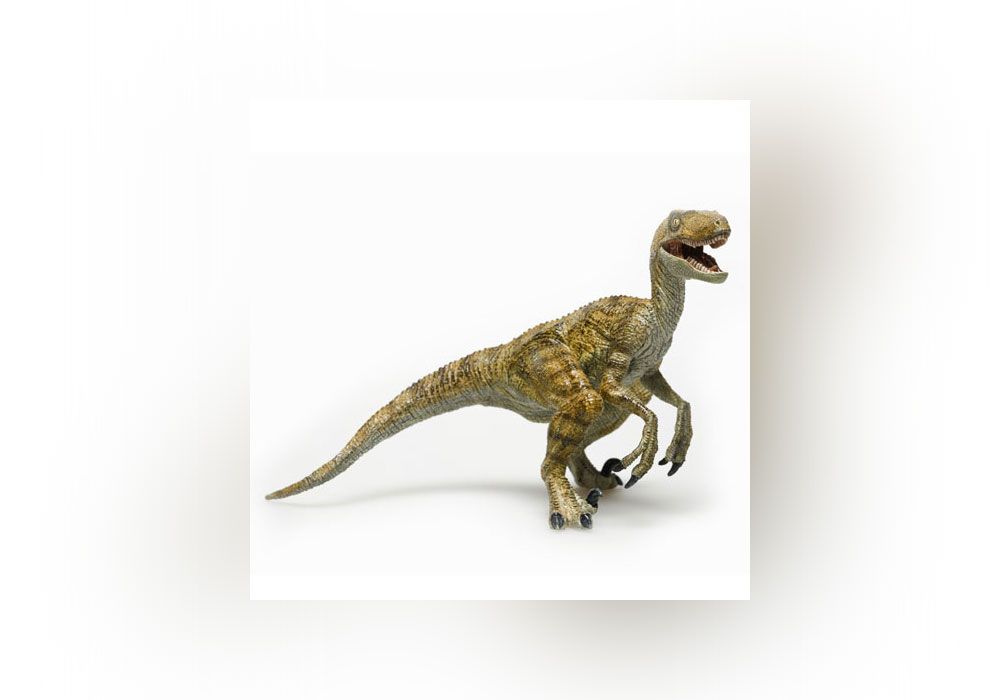 The name of this dinosaur draws from the classical Latin vēlox meaning “swift” and raptor meaning “robber.” Velociraptors used their long, curved claws to tear apart prey and their two hind legs for leaping and running. These carnivores were quick and relatively small (approximately six feet in length). Today, the term velociraptor is sometimes used to refer to a person who is vicious or otherwise predatory. 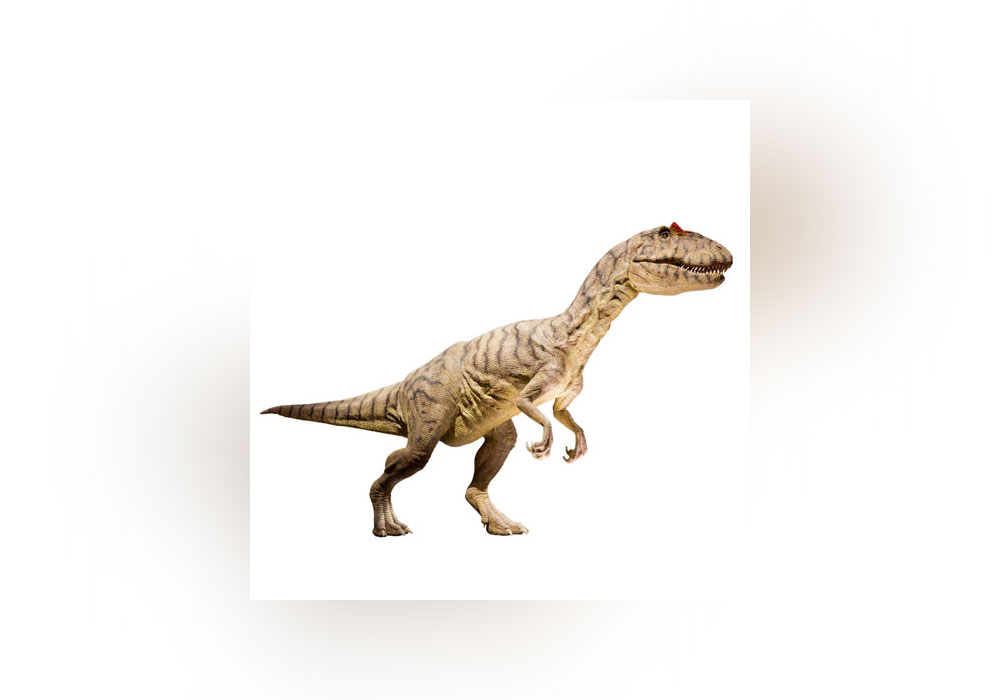 The allosaur got its name from the Greek word állos meaning “other, different” because their vertebrae differed from those of other dinosaurs known when it was discovered. Allosaurs lived in North America during the late Jurassic and early Cretaceous, and were similar in form to tyrannosaurs but significantly smaller (adults were about 30 feet long).