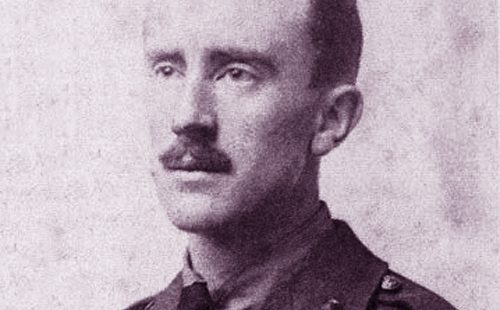 “In a hole in the ground there lived a hobbit.” This was the sentence J.R.R. Tolkien jotted down while grading a stack of student essays, the sentence that began one of the most influential fantasy series of our time. In Tolkien’s magic realm of Middle-earth, Hobbits or “Halflings” are a race of creatures quite like humans though half their height, with large hairy feet, a kind welcoming nature, and a propensity for living underground. Tolkien invented a fictional origin for the word: holbytla meaning “hole-builder” in the ancient Halfling tongue. 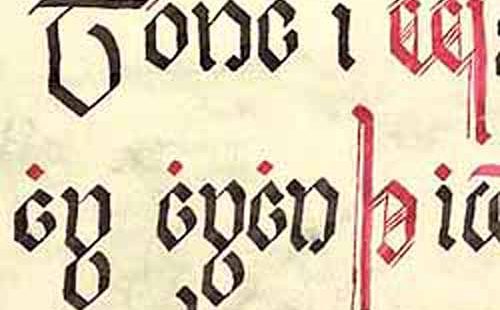 Of the many peoples of Middle-earth Elves are considered the most well-spoken. The invention of their language is one of Tolkien’s most impressive feats. Tolkien created two complete Elvish languages: Quenya based on Finnish grammar and Sindarian based on Welsh. Both languages rely on elegant tables of letterforms similar to Celtic calligraphy. Tolkien names his elves the Eldar, “people of the stars.” According to the folklore of Middle-earth, elves entered the world by starlight, before the existence of sun and moon. 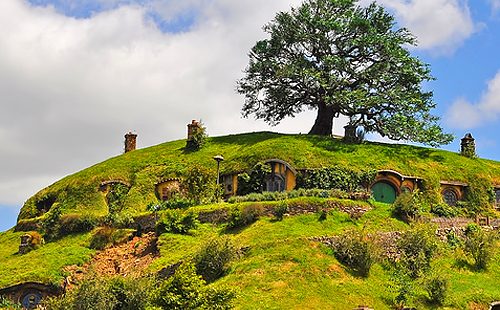 Middle-earth is the fictional realm in which The Hobbit and The Lord of the Rings trilogy takes place. Tolkien often described his Middle-earth as an imagined epoch in the history of our own. But Tolkien by no means invented the term. Midgard, descended from Old Norse and Germanic mythologies, was one of many mythological terms for the plane on which humans exist. In Middle English the word evolved into middel-erde, only to reach Tolkien centuries later as “Middle-earth.” 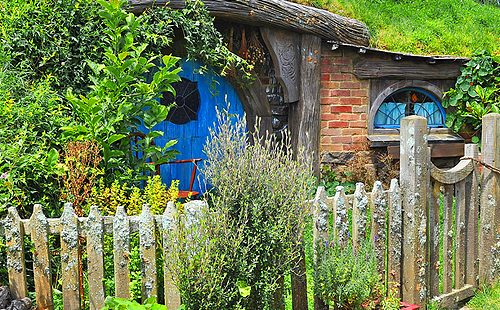 The Shire is the home of the Hobbits in Tolkien’s Middle-earth. A pastoral land measuring a mere 40 leagues and with no great natural resources to speak of, the Shire is situated such that “the big folk” (non-hobbits) have little cause to bring trouble to its borders. On Tolkien’s maps, the Shire is positioned at the same latitude as England and shares multiple similarities with its geographic inspiration from dialect to climate. The suffix -shire as in “Yorkshire” or “Devonshire” denotes British counties and perhaps harks back to Tolkien’s family home in Worcestershire (of sauce fame). 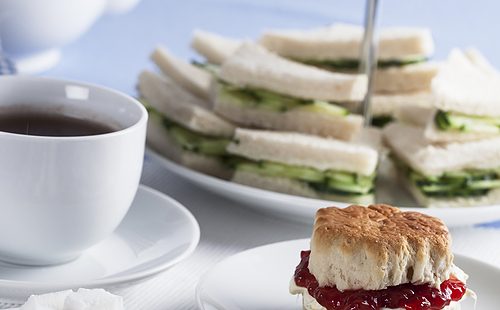 If one is talking about hobbits it will not be long before one is talking about food. Though half the size of a man, they have the appetite of a giant, and a hobbit with a well-stocked pantry will enjoy seven meals a day. Elevenses (sometimes spelled “elevensies”) is the meal taken around 11 a.m., between second breakfast (9 a.m.) and luncheon (1 p.m.). In non-fictional usage, elevenses does in fact mean “a midmorning break for refreshments,” though a human-sized elevenses would pale in comparison to the feast of a hobbit.

Word of the day
yé-yé
yé-yé