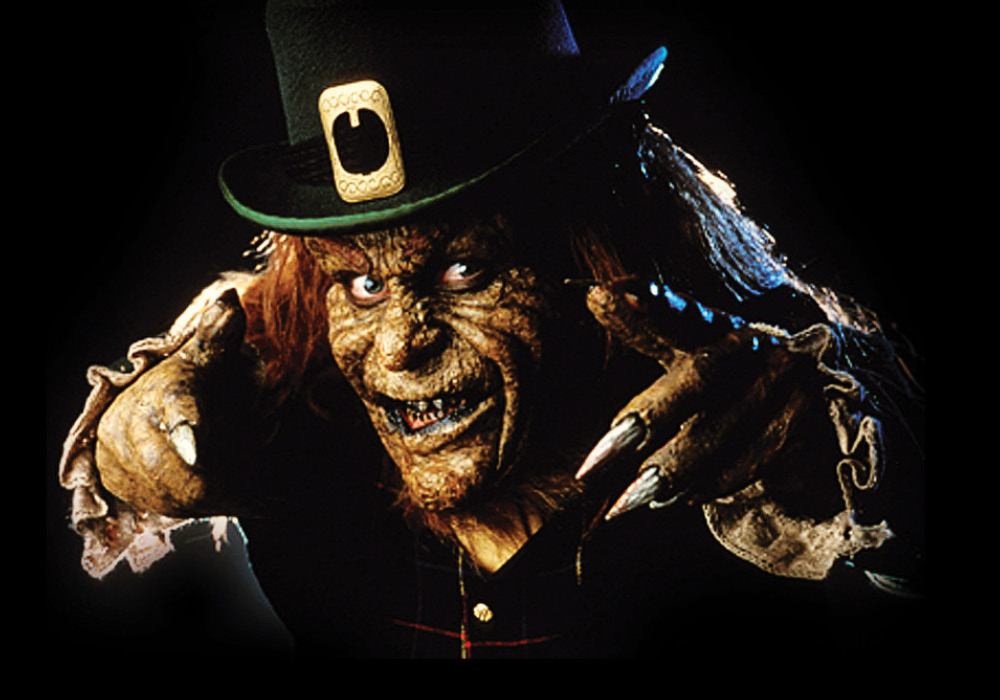 The leprechaun is one of the world's most recognized mythical creatures. In today’s popular culture, we typically think of leprechauns as small, mischievous elf-like creatures, usually clad all in green, who hoard their treasure at the terminal points of rainbows. (We also might think of the cheeky, cultish horror film series of the same name) In Irish folklore, leprechauns were believed to be solitary tricksters who mended shoes and might grant you three wishes if you caught them.

But there's more to Irish mythology than a small green man currently associated with marshmallow cereal. If you're interested in even more mythic creatures from the Emerald Isle, keep reading. 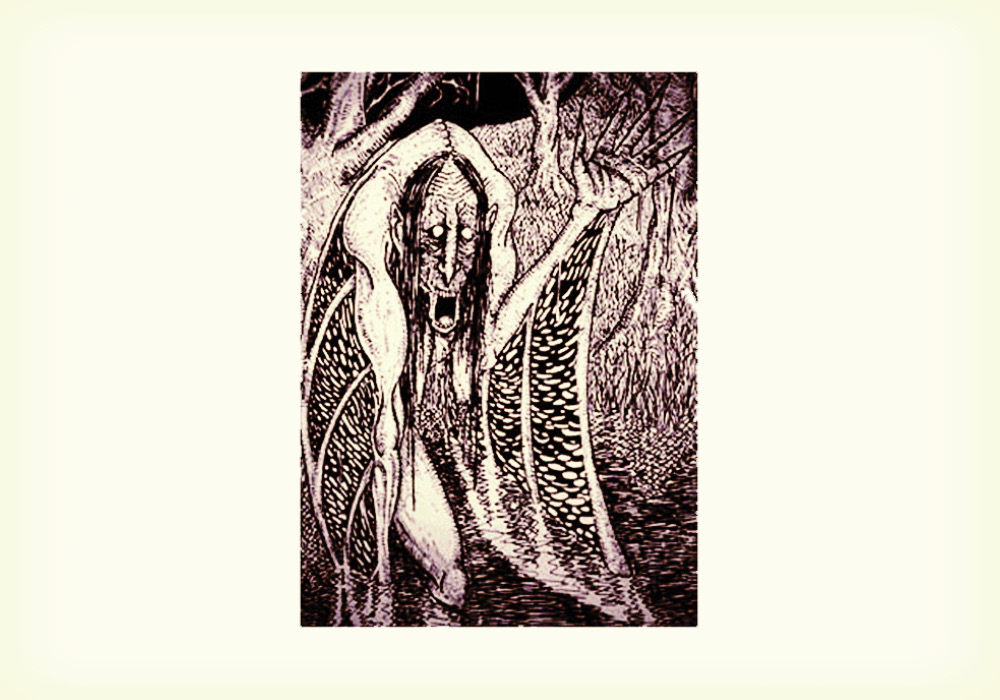 According to the 1875 volume of The Origin and History of Irish Names and Places by historian Patrick Weston Joyce, the abhartach (or avartagh) are solitary sorcerer dwarfs with the power to rise from the grave and wreak havoc as undead creatures. Not to be taken lightly. The only way to subdue their powers is to kill them with a yew-wood sword and bury them upside down.

In alternate iterations of the abhartach myth, this creature drinks the blood of his subjects. Some academics believe that this monster inspired Bram Stoker’s Dracula, which in turn has influenced the modern-day concept of vampires. 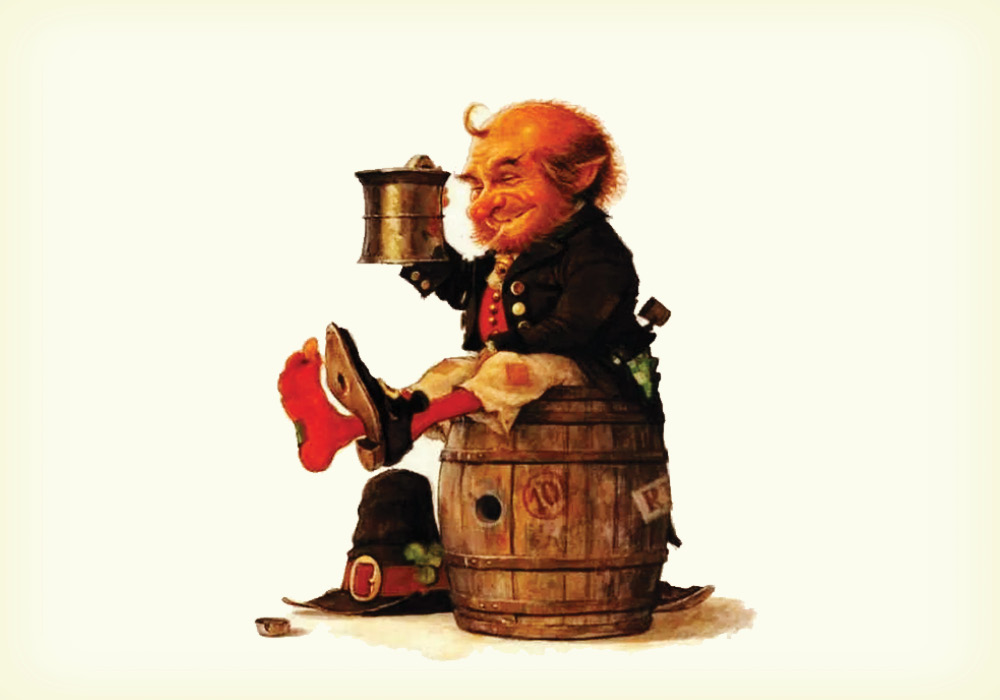 The cluricaun (or cluricaune) is a sprite-like creature who takes the form of a tiny old man. Known for his love of drinking, he’s in a state of perpetual drunkenness and loves to play practical jokes. In his work Fairy and Folk Tales of the Irish Peasantry, W. B. Yeats writes, “some suppose he is merely the Leprechaun on a spree,” writing them off as “sluttish, slouching, jeering, mischievous phantoms.” Yikes. 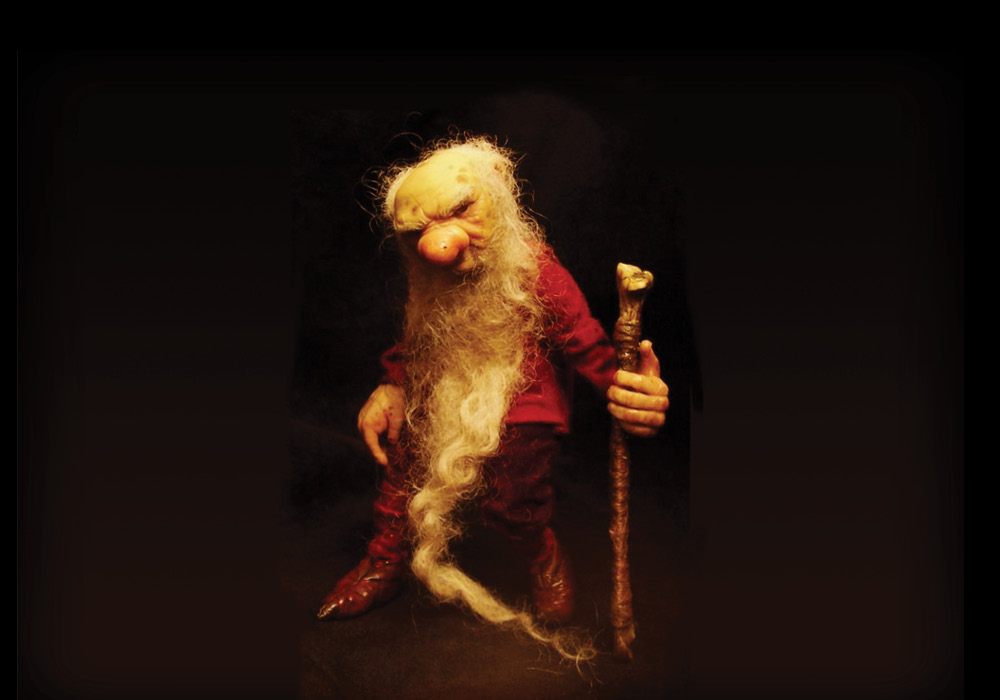 The far darrig (or fear dearg) is another supernatural being, who, according to Yeats, is also closely related to (or possibly just another version of) leprechauns. Described as having long snouts and skinny tails, these small faeries wear red coats and caps, and in Irish far darrig appropriately translates to “red man.” Thought to be associated with nightmares, these tricksters delight in gruesome practical jokes, like stealing babies and replacing them with changelings. 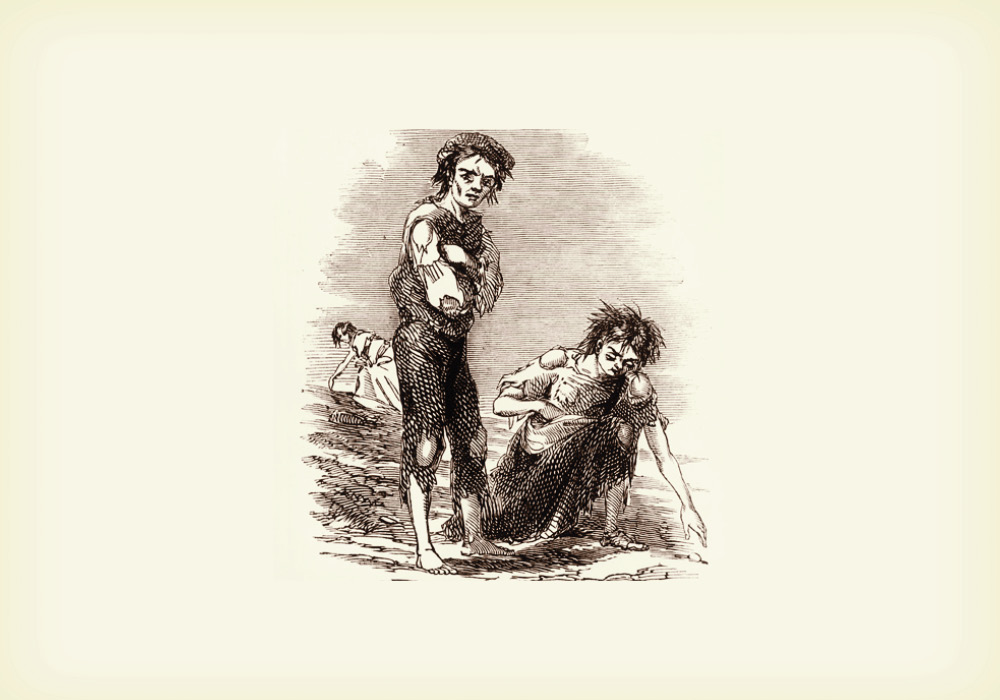 Fear gorta literally means “man of hunger” in Irish. According to Yeats, this supernatural being "is an emaciated phantom who goes through the land in famine time.” He begs for food, and gives good fortune to those who help him. 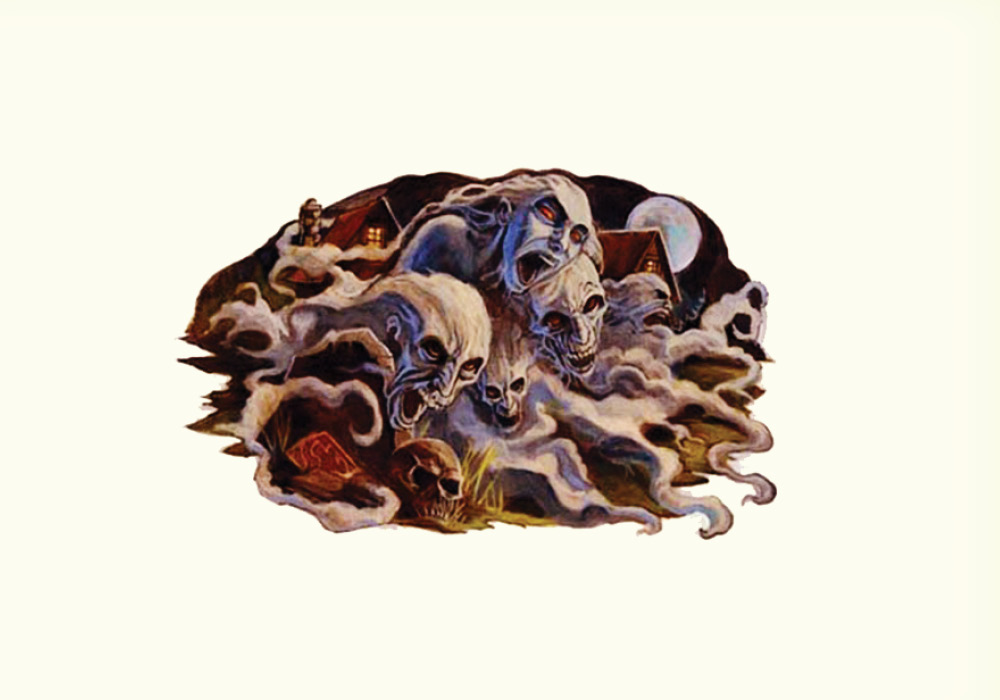 The sluagh (or slua) are the spirits of sinners who, unwelcome in heaven or hell, must haunt the realm of the living. From the Irish word meaning “horde,” the slaugh were thought to move through the sky in flocks, and they’d try to enter the homes of dying people in order to steal their souls. 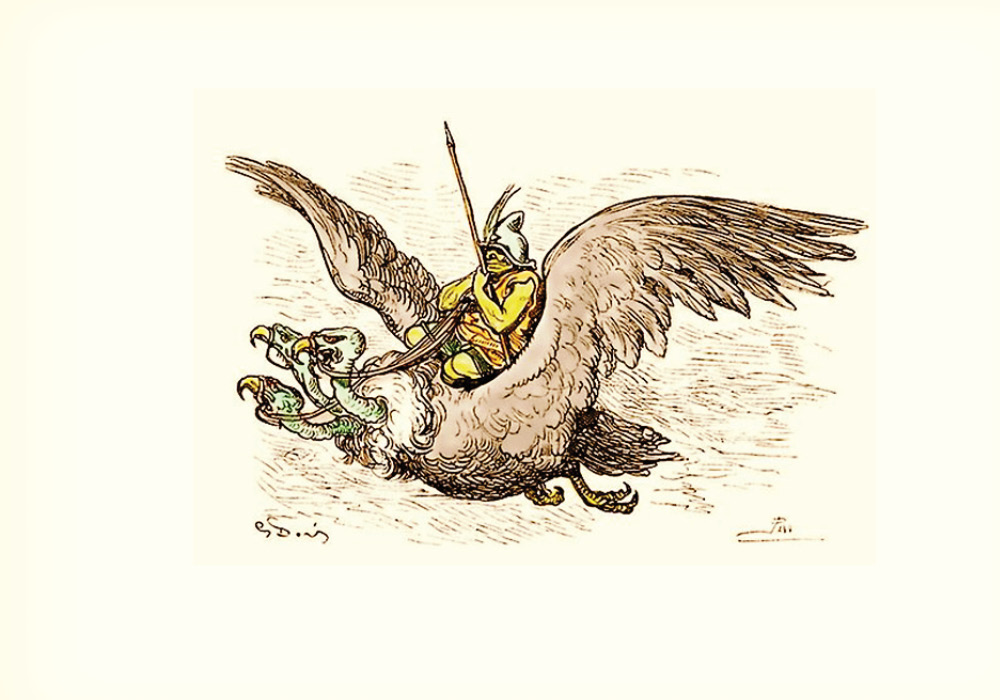 The Cath Maige Mucrama is a tale written in Middle Irish dating from the 8th or 9th century. In this tale, the ellén trechend, a horrifying three-headed monster, emerges from a cave on a rampage of destruction. Though translators agree that the ellén trechend has three heads, they disagree on what species (of monster) it is. Some interpret it to be a bird or a vulture. Others believe the ellén trechend to be a fire-breathing dragon-like creature. Either way, you can rest easy; the beast was eventually slain. 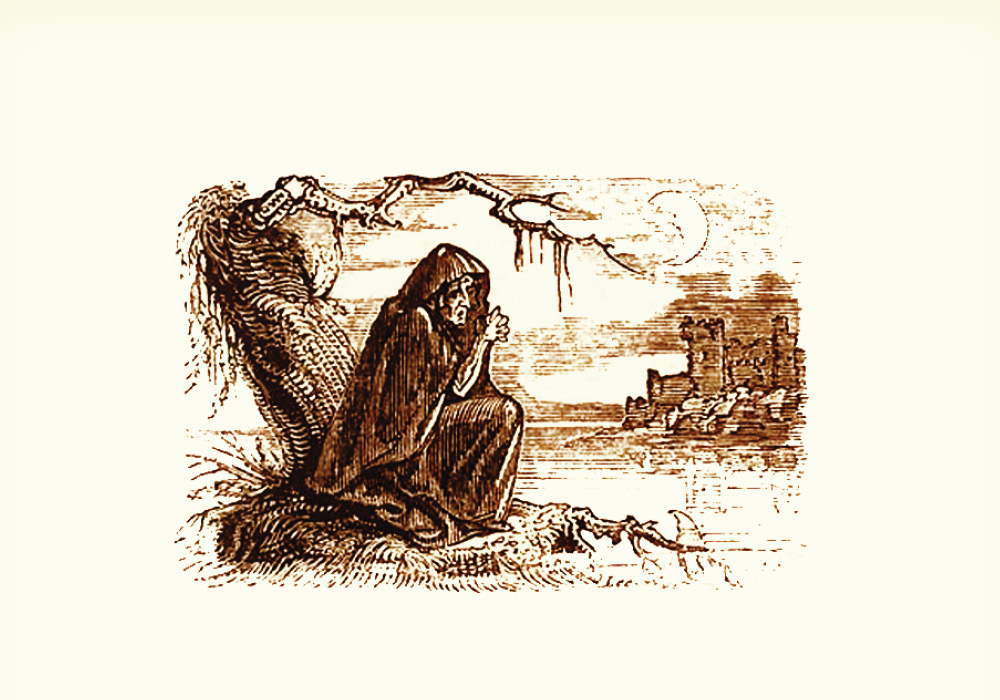 In Irish folklore, a banshee is a spirit who appears in the form of a cloaked, wailing woman. Her appearance generally foretells the death of another, usually a family member. The term came to English from the Old Irish term ben side meaning “woman of the fairy mound,” a reference to Ireland’s numerous tumuli, or earth mounds, which are common throughout the Irish countryside. Like many of the other fairy-like creatures on this list, the banshee is generally described on the short side, between one and four feet tall. At least Ireland's monsters are relatively small.