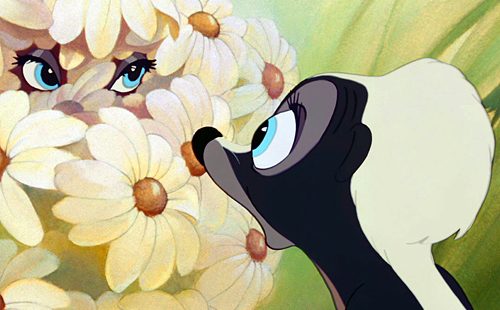 The wonderfully fun word twitterpated comes to us courtesy of the owl in Bambi, who describes it as a state of feeling light as a feather and knocked for a loop due to seeing a pretty face. We’ve distilled Friend Owl’s definition to “excited as overcome by romantic feelings” or “smitten.” The word is a combination of twitter, as in “tremulous excitement,” and pate, as in “head” or “brain.” 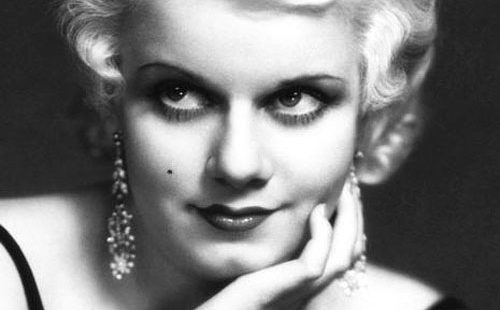 Many of us know this term to mean “an attractive girl or woman,” but lesser known is that this sense was popularized by the 1933 movie titled Bombshell starring Jean Harlow. Prior to this film, the word was primarily used to refer to a bomb or, in a figurative extension, something or someone having a sudden and sensational effect. Considering the captivating and sensational effect Ms. Harlow has on viewers to this day, the evolution of this term to refer to a particularly alluring woman comes as no surprise. 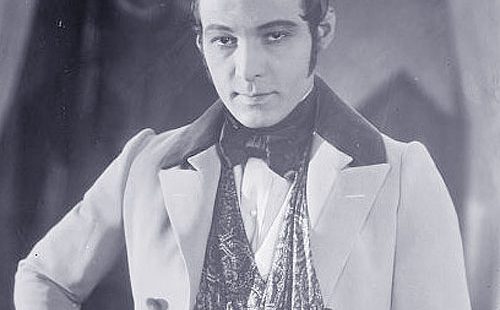 Another word that was influenced by the appearance and charisma of an actor is sheik. Prior to the 1921 movie The Sheik starring silent-film heartthrob Rudolph Valentino, this term was primarily used in Islamic countries to refer to a patriarch of a tribe or family or as a term of polite address. The film, which was based on Edith Maude Hull’s best-selling novel of the same name, gave rise to a new sense of the word sheik as “a man held to be masterful and irresistibly charming to women.” The word sheik comes from the Arabic shaykh meaning “old man.” 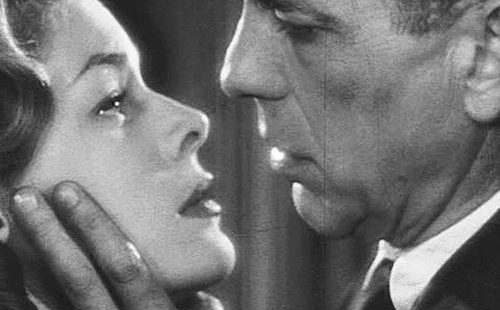 When he got into the business, Humphrey Bogart was likely more intent on seeing his name in lights than seeing it in the pages of a dictionary. But Bogart’s distinct mannerisms and screen presence earned him both of those honors. As a verb, bogart means “to take an unfair share of something; keep for oneself instead of sharing.” It can also mean “to bully or force.” These senses were born out of the tough-guy personas the actor portrayed on film. 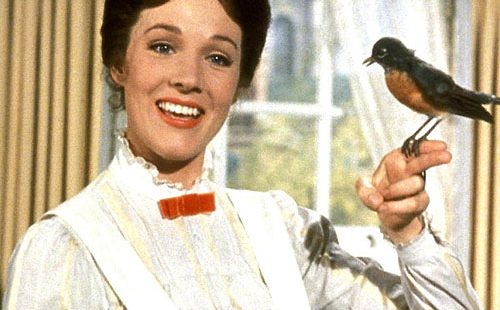 This word was made famous in the 1964 film Mary Poppins, in which the titular character used it to summarize how she felt after winning a horse race. We define it as a nonsense word used by children to express approval along the lines of “fantastic!” Versions of the word were in circulation before Ms. Poppins came along, but it took a magical, musical nanny to make this medicine of lexical evolution of go down (in a most delightful way). 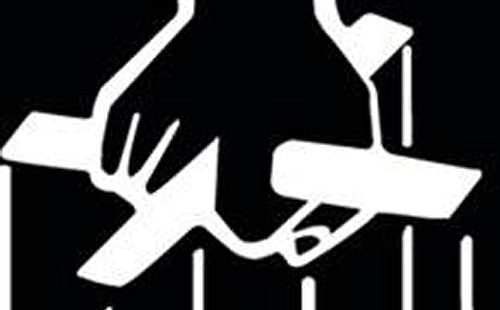 The movie The Godfather gave us a range of memorable phrases, such as “I’m gonna make him an offer he can’t refuse” and “Leave the gun; take the cannoli.” But it’s also responsible for expanding the senses of the word godfather to include “a Mafia leader.” Prior to this film, which was based on Mario Puzo’s novel of the same name, the word godfather was primarily used to refer to a man who serves as sponsor for a child at baptism, or any male or guardian.

Word of the day
ganache
ganache

Home / Slideshows / 6 Words That Broke Through On The Big Screen